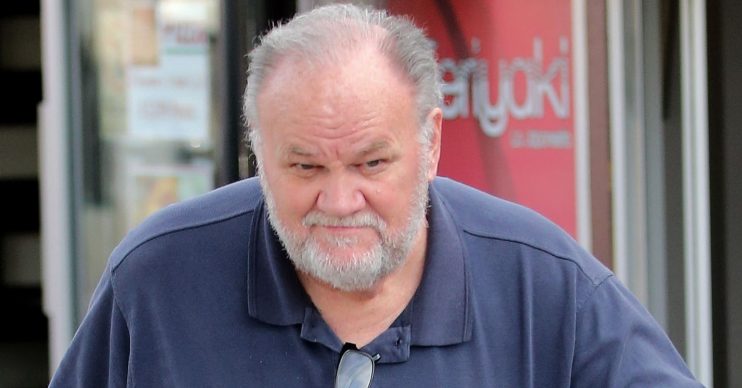 Thomas Markle has not been shy when it comes to voicing his opinion on his daughter, Meghan Markle, and her husband, Prince Harry.

And now the estranged father is at it again when he appears on an American chatshow, where he calls Harry ‘very insecure’.

The Daily Mail reports that Thomas is set to appear on a TMZ special – Harry & Meghan: The Royals In Crisis – which will air on the Fox network on Wednesday night (29 January 2020).

In preview clips, an emotional Thomas speaks about his relationship with his daughter and son-in-law, as well as his grandchild, Archie.

I think that Harry is a very insecure man and I think that’s being shifted on to my daughter.

“I think that Harry is a very insecure man and I think that’s being shifted on to my daughter,” he says in the clip.

“I think she winds up mothering him.”

He continues: “I hope that they stay together, love each other and take care of their child – my grandchild – and even if I never see them again I wish them the very best.

“I still love them. I hope that someday we do get back together, but I’m 75 so there isn’t a lot of time.”

The special is also set to feature Piers Morgan, a fierce critic of the couple, as well as Ryan Seacrest, Dr. Phil, Mark Cuban and Lisa Vanderpump.

TV host Ryan says about the couple: “I think that the Kardashian family has built extreme interest in their lives. Obviously there’s massive interest in Harry and Meghan.

“I know the Kardashians made a pact with the family when they started out on this journey to be open and honest and show the good the bad and the tough to the public.

Thomas has not spoken to his daughter since the eve of her wedding to Harry, and has now reportedly agreed to potentially testify against her in court.

Meghan has sued The Mail On Sunday for publishing a personal letter to her father in August 2018.