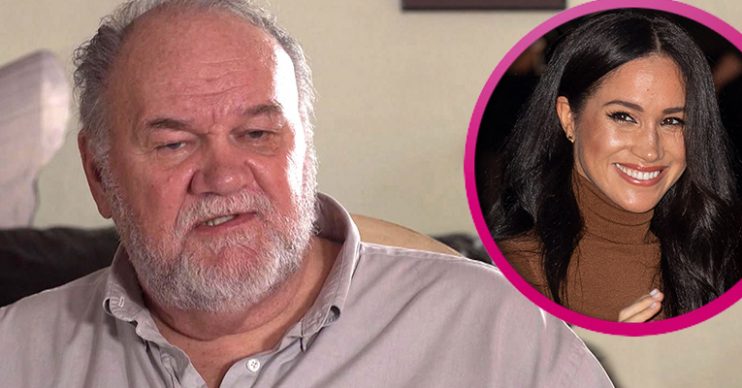 The duchess's estranged father speaks out

The father of Meghan Markle is tonight set to speak out about his fears that he will never see his daughter again.

Thomas Markle is set to open up during Channel 5 documentary Thomas Markle: My Story, which airs tonight (January 22) at 9pm.

Speaking from his home in Mexico, Thomas will reveal that he thinks the next time Meghan will see him will be at his funeral.

In a preview clip, Thomas said: “I don’t think at this point they’re thrilled to see me or want to talk to me. The last time they might see me is being lowered into the ground.”

Defending the fact that he has been paid to take part in the 90-minute documentary, Thomas said that “the royals” owe him.

He said: “I don’t care. At this point, they owe me. The royals owe me. Harry owes me, Meghan owes me.”

Thomas continued: “What I’ve been through I should be rewarded for. My daughter told me that when I reach my senior years she’ll take care of me. I’m in my senior years now, it’s time to look after Daddy.”

He also revealed details of his last phone call with his daughter – which took place on the eve of her wedding to Prince Harry back in May 2018 and came after he posed for a set of paparazzi pictures.

“Harry said to me: ‘If you had listened to me, this wouldn’t have happened to you.’ I said to him: ‘It’s too bad I didn’t die because then you guys could pretend you were sad,’ and then I hung up on them. I was done,” Thomas said.

Thomas is also set to reveal his thoughts on Meghan stepping down as a senior member of the royal family.

He also said their behaviour is “embarrassing” and fears they are becoming “lost souls”.

Thomas also revealed that the couple “seemed upset” when his health problems forced him to miss their wedding.

“I’m sure Meghan cried and was very upset, and I’m sure Harry seemed upset,” he said.

The couple are now reunited in Canada, where Meghan was spotted walking with son Archie earlier this week.