After months of speculation, Meghan Markle's wedding dress has finally been revealed!

Meghan wore her hair in an updo with a tiara as she walked up the steps of St George's Chapel just after noon. 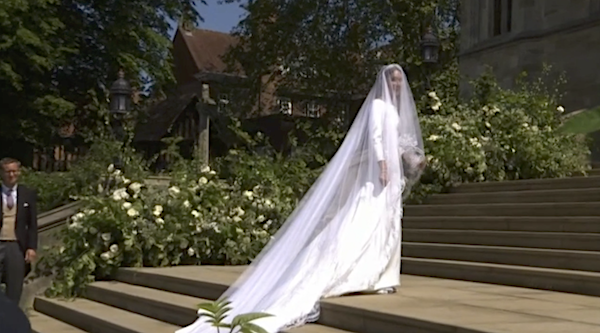 Meghan has arrived at the chapel (Credit: ITV)

It was reported earlier this year that the bride would follow in her soon-to-be sister-in-law the Duchess of Cambridge’s footsteps and wear two gowns - one for the ceremony and one for the evening reception at Frogmore House. 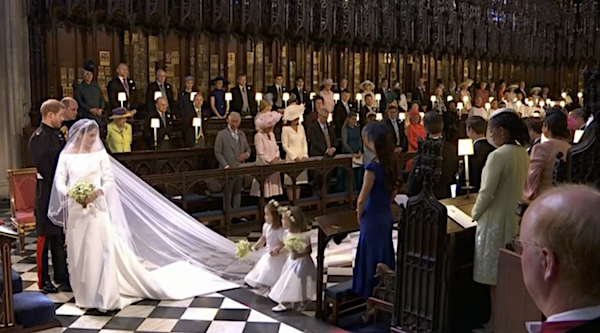 The bridesmaids and page boys arriving in the chapel (Credit: ITV)

Ralph and Russo was potentially one of the favourites to design Meghan's wedding dress.

The British designers created the stunning, and pricey, gown Meghan wore in the couple's official engagement photos in December 2017.

Meghan wore Ralph and Russo for her and Harry's engagement photos (Credit: Instagram) 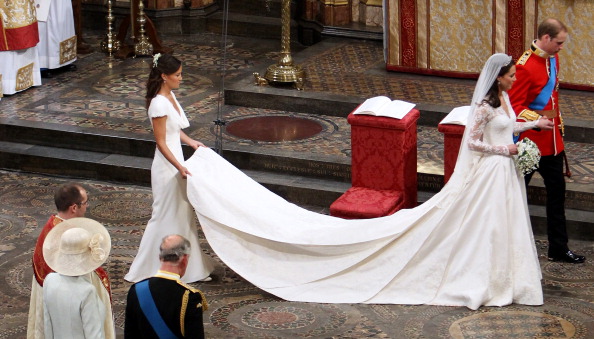