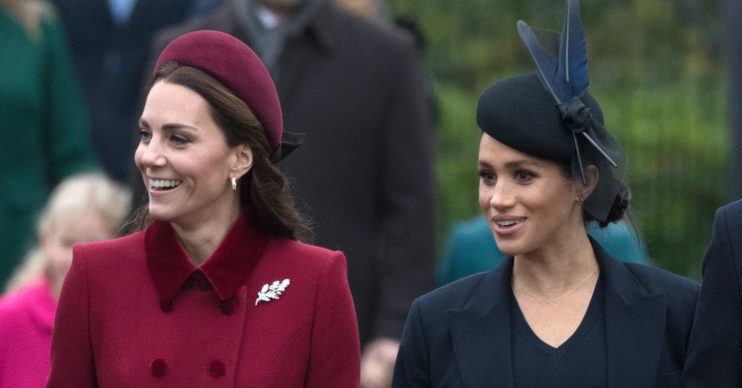 They don't have a lot of common ground…

Despite “some competitiveness” between Princes William and Harry, sources have insisted that there is no competition between Meghan and Kate.

However, while Kate was still in college when she met William, Meghan was a “fully-formed person” when she started dating Harry.

And that, a source told People, is where the problem lies.

“Meghan is very aware that Kate will be Queen – their roles are very clear. Meghan doesn’t fit the mould, while Kate was groomed for this.”

The source added that Meghan finds it “challenging” being “pitted against” her sister-in-law.

Meghan is very aware that Kate will be Queen – their roles are very clear. Meghan doesn’t fit the mould, while Kate was groomed for this.

“What’s challenging is when they are pitted against each other. That’s been challenging to both of them. Meghan has her life, Kate has hers,” they said.

However, one thing the women can bond over is motherhood.

Meghan, meanwhile, became a first-time mum to son Archie back in the spring.

With Kate ducking out of a royal engagement at the last minute last week to look after her children when one of them reportedly fell ill, the source added that Meghan, too, puts “family first”.

However, while William and Kate have to “toe the line”, Meghan and Harry are keen to do things differently.

The source revealed: “Harry and Meghan are saying no – no to releasing the names of Archie’s godparents, no to saying where Meghan gave birth. They are trying to carve out a different sort of public life and reset the rules.”

Indeed, the couple won’t be spending Christmas at Sandringham with the Queen this year, as is royal tradition. They will instead be spending it with Meghan’s mother Doria Ragland.

Head to our Facebook page @EnterainmentDailyFix and let us know what you think of our story.