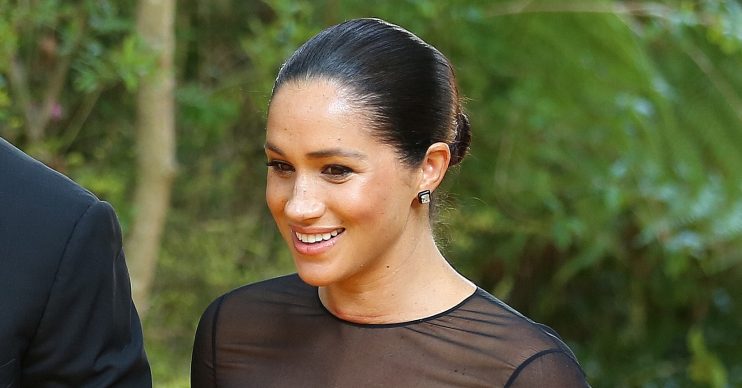 Meghan Markle has been slammed by royal watchers for not including Her Majesty The Queen in her September issue of UK Vogue, which celebrates “women she admires”.

The Duchess of Sussex became the first-ever member of the royal family to guest edit the fashion bible and selected 15 “trailblazers” and “change-makers” to feature in the special Forces For Change issue.

With some arguing online that surely no one does that better than the monarch, the former actress has come under fire.

While the line-up includes celebrities, politicians and activists known for championing issues such as diversity, body positivity, transgender rights and climate change, it doesn’t feature “the lady who is most admired throughout the world”, said a royal fan.

Another added: “Of all the women Meghan Markle selected she did NOT choose the Queen. The original feminist.”

Read more: Caroline Flack to ‘triple her salary’ on next year’s Love Island

They continued: “Anyone could learn volumes from her – yet MM refuses to listen.”

Another commented: “Thought one of the spaces on Meghan’s British Vogue cover been dedicated to Her Majesty The Queen? One of the world’s most remarkable women, for decades devoted to serving the nation, she rightfully has the admiration of millions.”

A third said: “Why isn’t HM The Queen included on the cover of September’s Vogue, @RoyalFamily?

“Her Majesty is the perfect role model: like many of us she had no choice but to do the job she was given. The ultimate in grace & discretion for 70+ years.”

Others loved the women featured and said Meghan had done a “great job”, calling the issue “an incredible idea” and slamming those who had criticised Meghan.

One tweeted: “It’s actually disgusting the hate and bullying Meghan Markle is getting over this Vogue guest edit. There was no issue when Kate edited Huffington post so why is there an issue that Meghan has edited Vogue.”

Another wrote: “If Meghan did choose the Queen as part of her ’15 trailblazing women’, she would have faced backlash from these exact same people for equating Her Majesty with celebrities. Literally nothing she does will please them.”

Sharing a picture of the cover of the September issue to the Sussex Royal Instagram account, Meghan said guest editing British Vogue – which took seven months – had been “rewarding, educational and inspiring”.

She added: “To deep dive into this process, working quietly behind the scenes for so many months, I am happy to now be able to share what we have created.”

A sneak peek of the #ForcesForChange video for the September Issue of @BritishVogue. Her Royal Highness, The Duchess of Sussex is the first Guest Editor for British Vogue’s September Issue and for the last seven months has worked to create an issue of inclusivity and inspiration, focusing on what connects us rather than what divides us. Fifteen women were chosen for the cover including New Zealand Prime Minister Jacinda Ardern, who generously lent her time to support The Duchess in this important issue. The women first met last autumn during Their Royal Highness’ official tour of New Zealand. Above, PM Ardern says: “One change that I’ve noticed over the course of my career, is just how polarised the world is now. I do think there is a solution to that though, and that’s ultimately us coming back to the humanity that we all share.” Thank you PM Ardern for being an amazing force for change. For more details on this special project, please see previous post and stay tuned for more updates throughout the week.

She continued: “A huge thanks to all of the friends who supported me in this endeavour, lending their time and energy to help within these pages and on the cover.”

She also paid tribute to editor Edward Enninful – who she can be seen directing a photoshoot alongside in a video uploaded to Instagram – and said: “Thank you for this wonderful opportunity.”

Jameela Jamil, Christy Turlington, Jane Fonda and Salma Hayek are among the more famous women to appear on the cover.

Inside the issue, Meghan sits down for a chat with former First Lady of the United States Michelle Obama, while Prince Harry is also interviewed.

What do you think of Meghan’s September issue? Head over to our Facebook page @EntertainmentDailyFix and let us know!