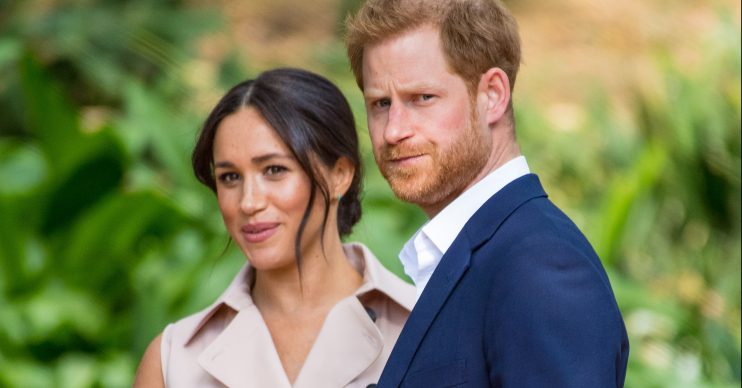 They both have close ties with the country

Prince Harry and Meghan Markle are reportedly having their Christmas in Canada this year.

The royal couple are understood to have flown out with seven-month old son Archie in November and plan to spend their six-week festive break caching up with pals in the country.

Read more: Meghan and Harry ‘spent Thanksgiving with close family in the US’

As reported by the Daily Mail newspaper, the Duchess’ mum Doria Ragland will fly to Canada from Los Angeles, where she lives, to spend time with Harry, 35, Meghan, 38, and Archie.

A spokesperson for Buckingham Palace said: “As has been reported, Their Royal Highnesses The Duke and Duchess of Sussex are spending private family time in Canada.

“The decision to base themselves in Canada reflects the importance of this Commonwealth country to them both.”

Speaking further, the rep said both the Sussexes have links to Canada, as Harry has been a frequent visitor to the country and Meghan lived there for seven years before becoming a member of the Royal family.

They continued: “They are enjoying sharing the warmth of the Canadian people and the beauty of the landscape with their young son.”

Meghan lived in Toronto when she filmed the TV show Suits and has a number of good friends who live in Canada.

They are enjoying sharing the warmth of the Canadian people and the beauty of the landscape.

Some of their US-based pals are also believed to have been travelling up to Canada to see them.

A source quoted by the Daily Mail said Harry and Meghan have “barely set foot outside the door” since landing and have been “enjoying some quality family time together”.

Buckingham Palace previously revealed the couple would not be spending this Christmas with the rest of the Royal family at Sandringham.

The palace said: “The Duke and Duchess of Sussex are looking forward to extended family time towards the end of this month. Having spent the last two Christmases at Sandringham, their royal highnesses will spend the holiday this year, as a new family, with the duchess’s mother Doria.

“This decision is in line with precedent set previously by other members of the Royal Family and has the support of Her Majesty The Queen.”