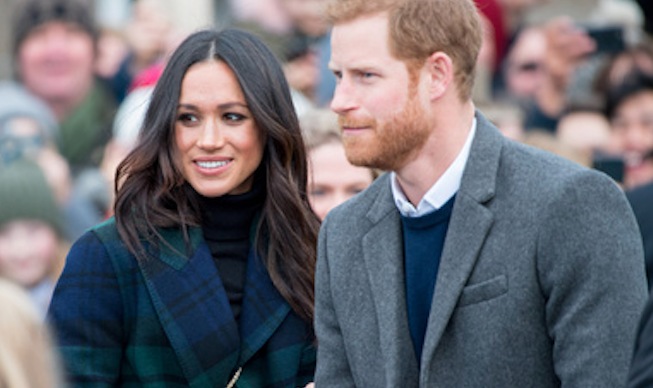 The decision by the Duke and Duchess of Sussex to keep baby Archie’s godparents’ identities under wraps has sparked criticism within royal circles, according to a newspaper report.

Prince Harry and his wife Meghan are warned by a royal source speaking to the Mail that their determination to keep this weekend’s christening private “doesn’t look very good at all”, even though it is claimed the couple’s wish to keep their newborn out of the spotlight has been met with general approval.

But a backlash also threatens to engulf the pair as they remain tight-lipped about who will be their son’s godparents.

It has been suggested that “friends of theirs, close and old friends, who are private citizens and the couple want to honour that” will be among those given the special role.

Names rumoured to be in the frame as a potential godparent include George and Amal Clooney, Serena Williams and Meghan’s pals Misha Nonoo, Benita Litt, Lindsay Roth and Jessica Mulroney.

However, a senior royal source is quoted as echoing royal biographer Penny Junor’s words in The Sunday Times over not making the godparents-to-be’s names public ahead of the service.

According to the Mail, they said: “People are largely sympathetic about their clear desire to bring Archie up out of the public spotlight as much as possible.

“But a christening is something very different. Archie’s great-grandmother is head of the Church of England and he is still very high up in the line of succession.

Read more: Lovejoy is coming back to our screens more than 20 years after he solved his last crime

“You can’t have it both ways. There is a feeling that this doesn’t look very good at all.”

Earlier this week Ms Juror said the couple’s decision ‘not to play the game’ is an error.

Referring to the £2.4 million of public money spent on renovations to Frogmore Cottage, she said: “They can’t have it both ways. Either they are totally private, pay for their own house and disappear out of view or play the game the way it is played.

“Seeing Archie and his godparents arriving at the christening is what people are interested in.

“It isn’t baring your baby’s soul, just giving the public who love and support them a crumb to enjoy.”

And the Dean of Chelmsford Nicholas Henshall recently told the BBC: “Baptism should never be private – it’s a public demonstration of God’s love.”

A statement released by Buckingham Palace today suggested official photos will be released at an unspecified point in the future.

It read: “Archie Harrison Mountbatten-Windsor will be christened in a small private ceremony by the Archbishop of Canterbury in the Private Chapel at Windsor Castle on Saturday 6 July.

“The Duke and Duchess of Sussex look forward to sharing some images taken on the day by photographer Chris Allerton.

“The godparents, in keeping with their wishes, will remain private.”

Around 25 guests are expected to be at Sunday’s christening.