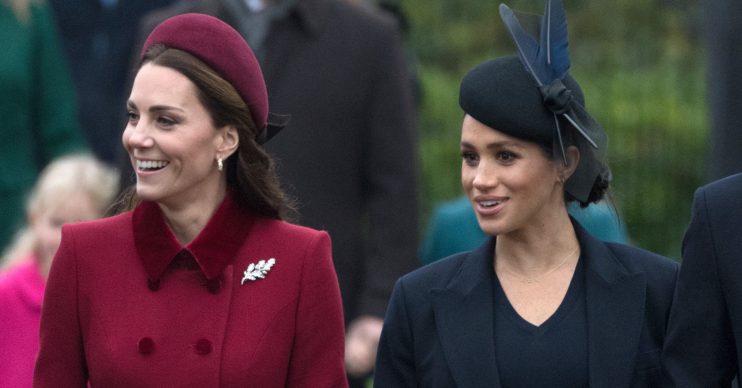 Kate ‘trying to patch things up in private with Meghan’

Kate is said to be ready to break her silence and try to heal the rift between herself and Meghan, following Meghan and Harry’s recent ITV documentary.

It’s thought Kate wants to draw a line under William and Harry‘s difficulties and bring the couples back together following Meghan’s recent struggles.

The women appeared to be firm friends before rumours of a rift hit the headlines, attending Wimbledon together and chatting as they took part in the Queen’s Trooping The Colour parade.

Author and royal watcher Phil Dampier told the Express: “Behind the scenes I’m told Kate is doing her best to bring everyone together and help Meghan.”

She has reached out to Meghan and spoken to her on the phone. Kate feels sorry for her and knows that Meghan is struggling.

He added: “None of them want to let the Queen down, so Kate is trying to patch things up in private.”

Phil added: “I’m told she has reached out to Meghan and spoken to her on the phone. Kate feels sorry for her and knows that Meghan is struggling.”

It comes after Meghan revealed that she wasn’t “okay” during ITV documentary Harry & Meghan: An African Journey.

She said: “Look, any woman, especially when they’re pregnant, you’re really vulnerable, so that was made really challenging.”

Meghan added: “And then when you have a newborn, you know, and especially when you’re a woman, it’s a lot.”

The news comes after it was reported that the two couples will come face to face with each other at the Remembrance Sunday events in the capital on November 10.

During their recent documentary, Harry also alluded to a rift with William, explaining that, as brothers, they are on “different paths” and have “good days and bad days”.