Meghan Markle and Kate Middleton wowed the crowds at today's Trooping the Colour with a pair of stunning outfits.

And unlike her new royal counterparts, the Duchess of Sussex's pale pink design featured short sleeves, with a Philip Treacy hat, as she beamed with joy on a gloriously sunny Saturday in central London. 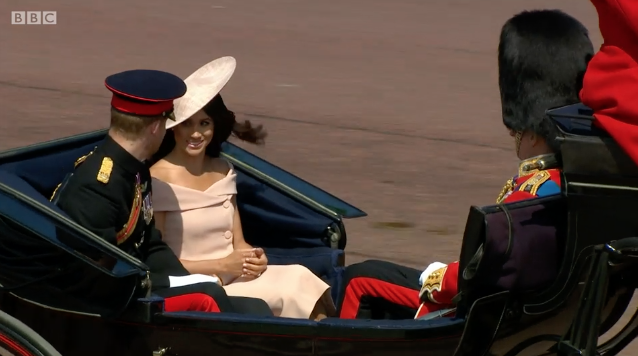 It was a revealing yet sophisticated choice that perfectly complemented Kate's attire, an Alexander McQueen light blue dress topped with a Juliette Botterill hat. 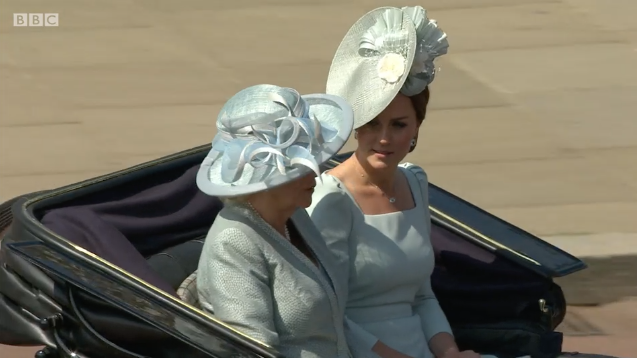 She rode in a horse-drawn carriage along The Mall to Horse Guards Parade with mother-in-law Camilla, Duchess of Cornwall, who wore a pale blue silk dress and jacket by Bruce Oldfield, with Philip Treacy also providing her headwear.

The military parade traditionally marks the 92-year-old Queen's official birthday but has become an opportunity for other members of the Royal Family to express their fashion sense. 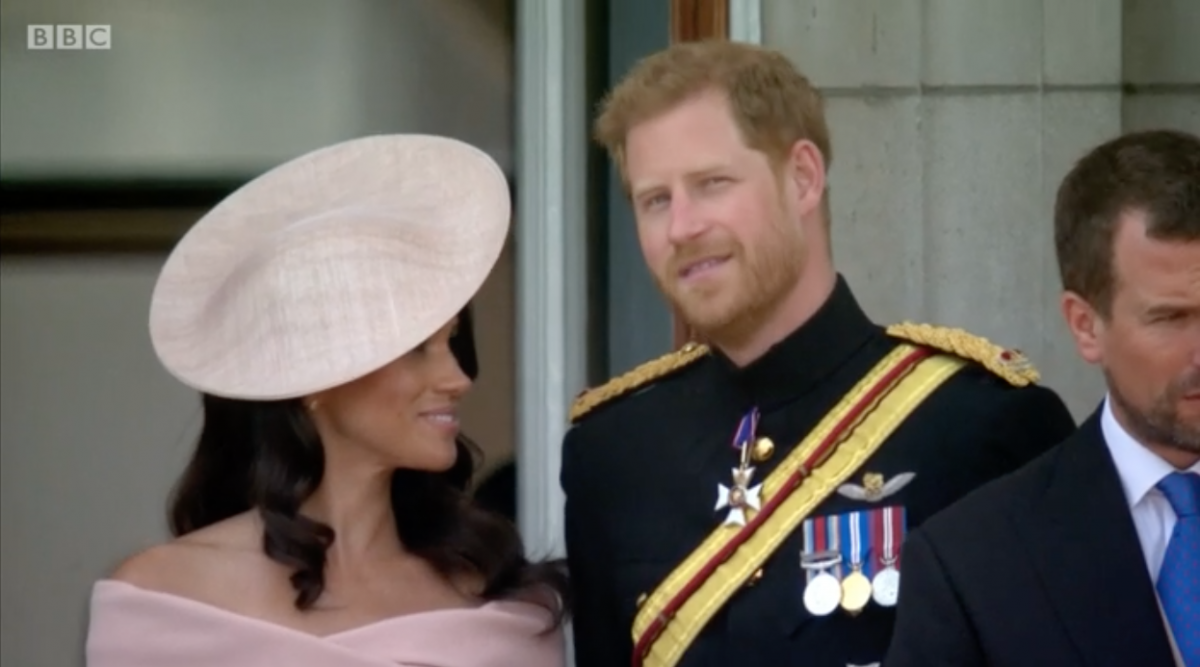 The newlyweds on the balcony (Credit: BBC)

And the thousands in attendance certainly appreciated Meghan and Kate's exemplary style, cheering and waving in approval.

At the culmination of the spectacle, the duo stood side by side on the Buckingham Palace balcony, alongside the rest of the royal party, to enjoy a flypast by historic and modern RAF aircraft, including the legendary Red Arrows who blazed a trail with plumes of red, white and blue. 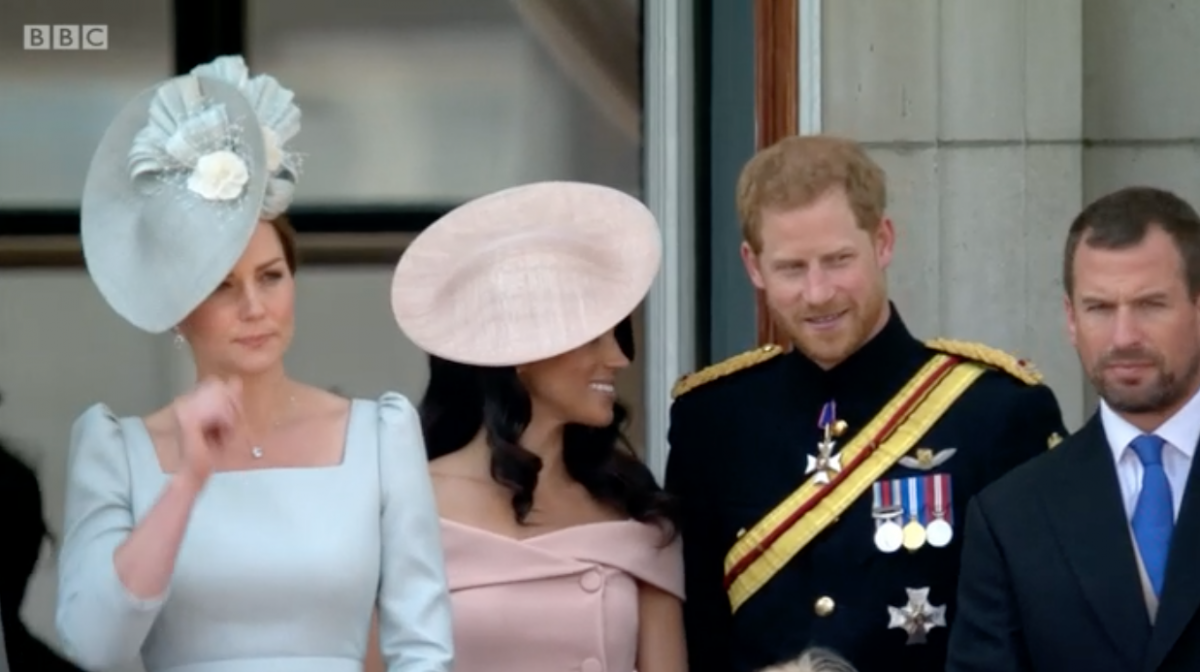 Despite this being her first Trooping the Colour ceremony, Meghan looked anything but out of place, as she relaxed and shared a joke with her new husband.

What did you make of the royals' outfits? Leave us a comment on our Facebook page @EntertainmentDailyFix and let us know what you think!

Coronation Street's Jade to blackmail Fiz to get access to Hope