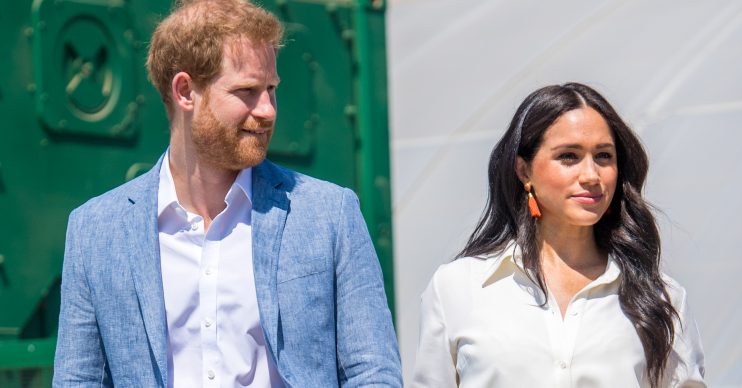 They're going it alone

Prince Harry and Meghan Markle could go on to become two of the world’s highest paid celebrities following their split from the Royal Family.

The Duke and Duchess of Sussex, who on Wednesday announced plans to step down as ‘senior’ royals and become financially independent, have “limitless” earning power and could cash in on deals worth “millions”, according to PR experts.

Read more: Royal rift ‘began after William told Harry to heed their mother’s advice to not marry in haste’

In a chat with the Daily Mail, Ronn Torossian, chief exec of New York-based PR company 5W Public Relations, said the couple could rake in “eight or nine figures annually” through endorsements.

He told the publication: “Their earning power – both individually and as a couple – is limitless in all aspects of endorsements.

“Whether appearances, brand partnerships or more, they could make eight or nine figures annually with endorsement deals.”

And speaking to The Sun, an insider pointed to Meghan’s connections within the fashion industry and claimed there are “major labels” wanting to collaborate with her.

The source thinks the Duchess has the potential to strike deals “worth millions of pounds”.

They told the newspaper: “There have already been active discussions with Givenchy. Some of these deals could be worth millions of pounds. I’m sure she is going to link some of the initiatives to their foundation.”

Their earning power – both individually and as a couple – is limitless.

It follows reports of suggestions that Harry and Meghan decided to jump ship before being pushed out.

Presenter Tom Bradby, who accompanied the Sussexes on last year’s royal tour of Africa and featured in their African Adventure documentary – said on ITV News that the couple “weren’t really part” of the envisioned “slimmed-down monarchy”.

He said: “It had been made clear to them in their absence there was going to be a slimmed-down monarchy and they weren’t really a part of it.”

The Queen is said to have been left “deeply disappointed” by the move, which was reportedly made without the knowledge of the rest of the Royal Family.