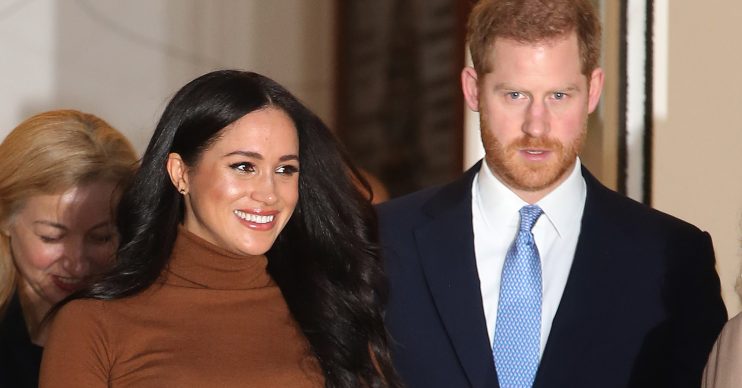 They're on a mission to become financially independant

The Duke and Duchess of Sussex appear to have hit a bit of a hurdle in their quest to become financially independent.

It’s been reported that the couple’s bid to trademark their Sussex Royal brand has been blocked.

Harry and Meghan had wanted to trademark the name to launch their foundation and rake in the cash by selling a range of branded goods.

However, while the Queen has yet to decide if they can use the royal part of the name – something that could be worth billions – a doctor from Australia has also waded into the row.

He has launched a legal battle to oppose the use of the name, so if Meghan and Harry want to use it, they’ll have to battle it out in court.

Documents filed at the government’s Intellectual Property Office show a “notice of threatened opposition” was registered by Benjamin Worcester earlier this week.

It’s unclear as to why he filed the opposition, but the couple could now have to fight for the right to use the name in the UK.

Lawyer Lee Curtis revealed: “Right now, the threatened opposition delays the progress of the Sussex Royal application by at least one month.”

It’s not an action entered into lightly, with a possible costs award against the losing party.

However, he added: “If a formal opposition is mounted, this will involve the payment of an opposition fee, the drafting of formal grounds of opposition and the filing of evidence and legal submissions in support of the opposition.”

Lee said the “whole opposition could take at least a year to get to a decision” and said it’s “not an action entered into lightly, with a possible costs award against the losing party”.

Last year, Harry and Meghan were reported to have applied to trademark hundreds of items – including pencils, postcards, hoodies and socks – in a bid to become financially independant.