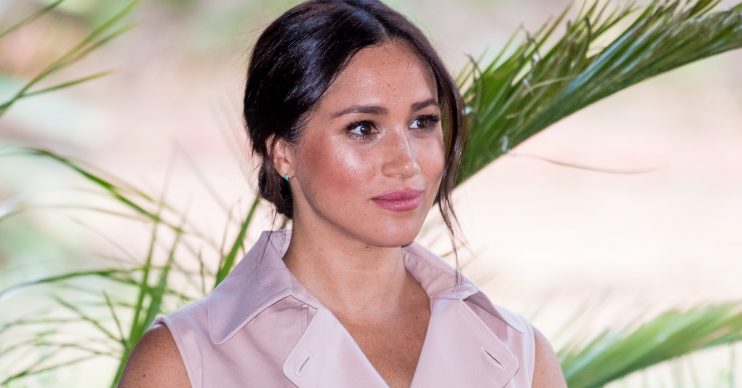 A viewer complained to Ofcom

Broadcaster Eamonn Holmes has reportedly come in for a telling off from This Morning bosses.

The alleged dressing down came after comments he made in July about the Duchess of Sussex not wanting to have her picture taken in the royal box at this year’s Wimbledon tournament.

He called Meghan “uppity” – a term that has racial connotations – and a viewer complained to Ofcom.

He said on the show: “If you have an uppity attitude, you’re only through the door two minutes and suddenly you’re sitting at Wimbledon and your royal protection are saying: ‘No photographs, no photographs!'”

Eamonn was unaware of the history of the term ‘uppity’ and how it could be interpreted when describing Meghan.

As well as complaining to the broadcasting watchdog, the viewer also wrote to ITV’s head of diversity Ade Rawcliffe.

Historically, the word “uppity” was a slur used in 19th Century America to insult black people who ‘didn’t know their place’.

The word is now reportedly banned from the show, said This Morning bosses, who are believed to have written to the viewer to apologise.

According to reports, the letter said: “Eamonn was unaware of the history of the term ‘uppity’ and how it could be interpreted when describing Meghan Markle.”

It added: “We are not saying that ignorance is in any way a defence, he was using the term to describe what he interpreted as arrogance.”

The note concluded: “The origins of the term have now been explained to Eamonn and the wider editorial team and it won’t be used again. We apologise for any offence that this may have caused you.”

Ent Daily has contacted This Morning and Eamonn’s reps for a comment on this story.