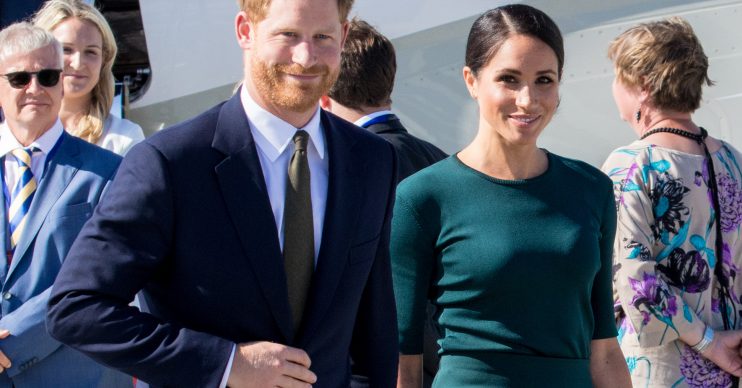 Duke and Duchess of Sussex refused reservation at Canadian restaurant

Couple are spending Christmas there

Prince Harry and Duchess Meghan’s reservation at a Canadian restaurant was denied because of their security detail.

The Duke and Duchess of Sussex – who are spending the festive break in Canada with their son Archie and Meghan’s mother Doria Ragland – tried to book a table at the Deep Cove Chalet in North Saanich in British Columbia.

But chef and owner Pierre Koffel turned them down because of the security required.

Pierre’s wife and co-owner Bev Koffel told Vancouversun.com that her husband refused the reservation because of security and added: “Anyhow, you know what Pierre’s like.”

She also said: “We’ll see what happens. Let them have their peace and quiet.

“For us to be so lucky to have them in the area, how lucky is that? I wish them all the privacy they can possibly get. They deserve it.

“It’s kind of exciting. I hope everything goes fine for them. They’re breaking away from tradition and I just wish them all the best.”

I wish them all the privacy they can possibly get. They deserve it.

Bev went on to reveal that the couple have been spotted in the local area because they have been out jogging.

She said: “Horth Hill’s become a very popular place now. And they jog around, so they’ve been seen.

“Their security said ‘How did you figure out who we were?’ And I said ‘It wasn’t too hard.'”

She has a number of close friends in Canada while many of the couple’s US based pals have also reportedly been travelling to the country to visit the royals.

A Buckingham Palace spokesperson recently confirmed that Harry, 35, and Meghan, 38, are spending the festive break in Canada.

The spokesperson explained: “As has been reported, Their Royal Highnesses The Duke and Duchess of Sussex are spending private family time in Canada.

“The decision to base themselves in Canada reflects the importance of this Commonwealth country to them both.

“The Duke of Sussex has been a frequent visitor to Canada over many years, and it was also home to The Duchess for seven years before she became a member of the Royal Family.

“They are enjoying sharing the warmth of the Canadian people and the beauty of the landscape with their young son.”