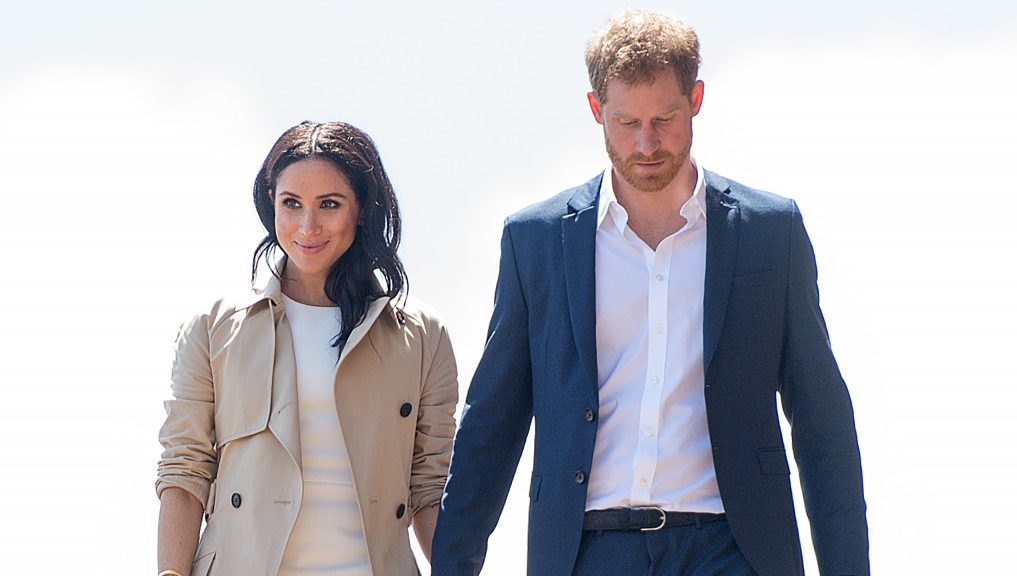 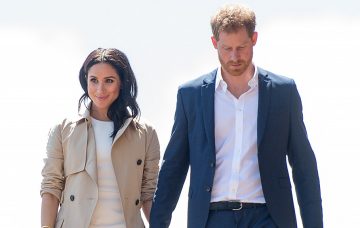 She wore a $1,800 fitted dress by Australian designer Karen Gee

The Duke and Duchess of Sussex have been pictured for the first time since announcing they are expecting a baby in the spring.

The couple, who married in May, were beaming with happiness as they kicked off their first international tour as a married couple in Sydney, Australia on Tuesday.

All eyes were on Meghan, 37, and any signs of a baby bump.

The duchess looked beautiful in a fitted $1,800 cream dress by Australian designer Karen Gee, who saw her website crash just moments after Meghan’s first appearance in the frock!

According to BBC News, Harry said: “Thank you for the incredibly warm welcome and the chance to meet so many Aussies from all walks of life.

“We also genuinely couldn’t think of a better place to announce the upcoming baby, boy or girl.”

Meghan, meanwhile, told well-wishers the couple were “so excited” to become parents, and was thrilled to be presented with a cuddly kangaroo toy, which she said was their first baby gift.

It was a busy first day on tour for Meghan and Harry, 34, who kicked things off at Admiralty House, the official Sydney residence of the Governor-General of Australia, where they met representatives from each of the 18 countries who will compete in Harry’s Invictus Games 2018.

They also visited Taronga Zoo to open the Taronga Institute of Science and Learning as well as meeting two koalas named after them – which seemed to be a highlight of the day for a beaming Meghan!

A boat across Sydney Harbour to Sydney Opera House followed, where they watched a rehearsal of Spirit 2018 by the Bangarra Dance Theatre and met members of the public.

Their day concluded with a reception at Admiralty House where they mingled with locals from a wide range of sectors such as charity, business, industry, arts, sport and entertainment.

Meghan and Harry’s tour will see them travel extensively across Australia and also take in visits to New Zealand, Fiji and Tonga.

Kensington Palace has confirmed no changes to the planned itinerary have been made despite Fiji and Tonga being listed as countries that pose a risk of Zika transmission; Zika is a virus that can cause birth defects.

The palace said medical advice had been taken ahead of the trip.

The couple’s pregnancy was announced on Monday morning, just hours after they touched down in Australia.

Read more: The two clues Meghan and Harry were about to announce pregnancy

A spokesperson added: “The Queen, Duke of Edinburgh, Prince of Wales, Duchess of Cornwall, and Duke and Duchess of Cambridge are delighted for the couple and were able to congratulate them on Friday at the wedding in person.”

Meghan’s mother, Doria Ragland, has also said she is “very happy” about the news.

Are you excited about the Royal Baby? Leave us a comment on our Facebook page @EntertainmentDailyFix and let us know what you think!