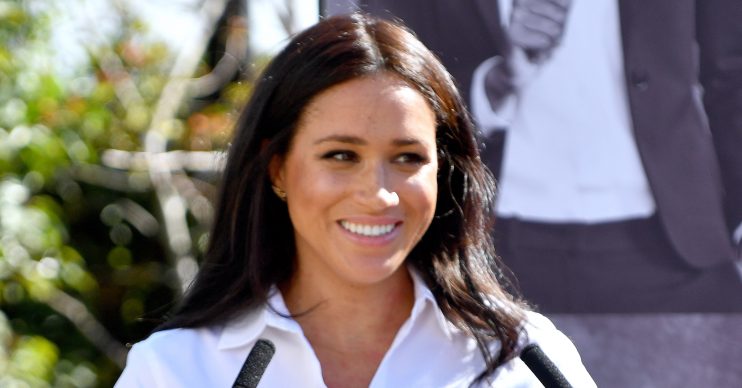 Meghan Markle has shared a throwback video of herself as she issued an empowering message to girls around the world to mark the UN’s International Day of the Girl.

Posted to the Duke and Duchess of Sussex’s official Instagram account, it opens with Meghan giving a speech on International Women’s Day in 2015.

“It is said that girls with dreams become women with vision,” she tells the audience before pictures of young girls from around the world flash up.

A video of an 11-year-old Meghan then begins to play, which shows her appearance on Nickelodeon in 1993 after she wrote a letter to Procter & Gamble over the language they used on an advert for washing up liquid.

The tagline claimed ‘women all over America are fighting greasy pots and pans’.

Meghan said she felt “shocked and angry” by the wording, which was made worse by the fact two boys in her class made a joke about how women “belong” in the kitchen.

“So to each one of you, keep asking questions, keep pushing forward, keep shining brightly, know your worth and know that we are behind you every step of the way.”

Meanwhile, the caption on the Instagram post reads: “Today is International DayoftheGirl, a day observed globally and created by the United Nations to acknowledge the gender inequality that exists worldwide.

“It is also a day to celebrate and encourage girls to know their value and to support them in taking action to grow into the women they wish to be.”

Speaking about the advert, it goes on: “The Duchess of Sussex has been a long time advocate for women’s and girls rights and at the age of eleven campaigned against a sexist advertisement, which was then changed. No matter what age, or what background you have the power to make an impact.

“HRH recently shared a quote during a speech in Cape Town: ‘Visualize your highest self, and show up as her.’

“To all of the young girls reading this today on International Day of the Girl, that quote is for you.”