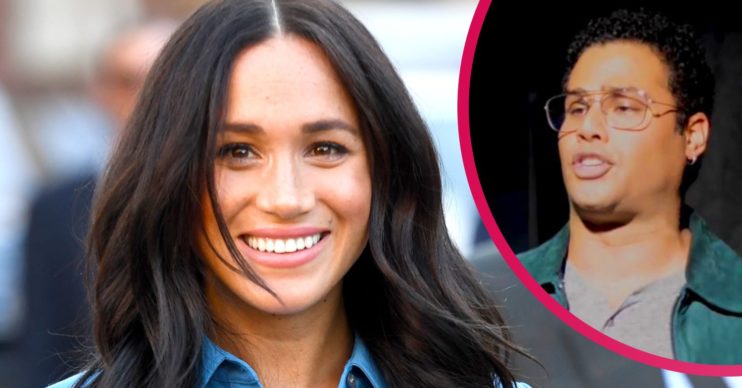 A childhood sweetheart of Meghan Markle has become the latest to defend the royal amid accusations of bullying.

Shortly before the Duchess of Sussex‘s bombshell interview with US host Oprah Winfrey, The Times reported on a complaint made in October 2018 by the couple’s then-communications secretary, Jason Knauf.

It alleged that Meghan was responsible for driving two assistants from the Palace household.

Meghan Markle latest: What did her ex boyfriend say?

Now, her first boyfriend, actor and director Joshua Silverstein, has hit out at the claims. He said he “can’t see” Meghan being responsible for bullying.

In a chat with Us Weekly, Joshua said he thinks Meghan is the sort of person who does “whatever it is she feels like” in order to “be happy”.

He thinks the Duchess of Sussex did what she could to live within a “system” – that is, the Royal Family – that has “probably not been very welcoming” to her.

Joshua says Meghan ‘does whatever she likes’ to be happy

Joshua explained: “I see her doing whatever it is she feels like she should do in order to be happy and coexist within a system that has probably not been very welcoming to who she is and where she comes from.”

He went on to say that when women of colour “speak out”,  “whiteness” will see their behaviour in “negative ways”.

I see her doing whatever it is she feels like she should do in order to be happy.

The writer continued: “When you find women of colour – particularly black women – standing up for themselves and speaking out and speaking against what they feel is disrespect or oppression, often times whiteness tends to classify that in negative ways because they don’t want that to happen.

Claims society expects ‘women of colour’ to ‘know their place’

“It’s almost like people are expected to know their place and whenever they don’t fall in line with that, then people say it’s a problem.”

In response to the bullying claims, a spokesperson for Prince Harry and Meghan called the allegations an “attack on her character”.

They said in a statement: “The duchess is saddened by this latest attack on her character, particularly as someone who has been the target of bullying herself…

“…and deeply committed to supporting those who have experienced pain and trauma.”