Buckingham Palace has unveiled the important document that officially gives The Queen's consent for her grandson Prince Harry to marry his fiancée Meghan Markle.

The Queen gave her formal consent to the marriage back in March, but it's only now - one week before the royal wedding - that the official consent document has been revealed.

It's known as The Instrument Of Consent and it's very impressive! Images of the Instrument of Consent have been released (Credit: Victoria Jones WPA/Getty Images)

The Instrument of Consent is drafted by the Crown Office and illuminated on vellum, a material reserved only for important state documents.

The fact that I fell in love with Meghan so incredibly quickly was confirmation to me that all the stars were aligned.

The document is peppered with meaningful symbols representing both Harry and Meghan.

On the left hand side, you can see a red dragon, rose, thistle and shamrock to represent Wales, England, Scotland and Ireland, while on the left there is a rose to represent the US's national flower and two golden poppies to symbolise Meghan's home state of California.

There are also olive branches, like those in the Great Seal of the US.

Harry and Meghan will marry on May 19 (Credit: John Rainford/WENN.com)

The Queen's signature, Elizabeth R, is visible at the top of the document.

The document contains the words: "NOW KNOW YE that We have consented and do by these Presents signify Our Consent to the contracting of Matrimony between Our Most Dearly Beloved Grandson Prince Henry Charles Albert David of Wales, K.C.V.O., and Rachel Meghan Markle."

Harry and Meghan will be presented the document after their marriage. 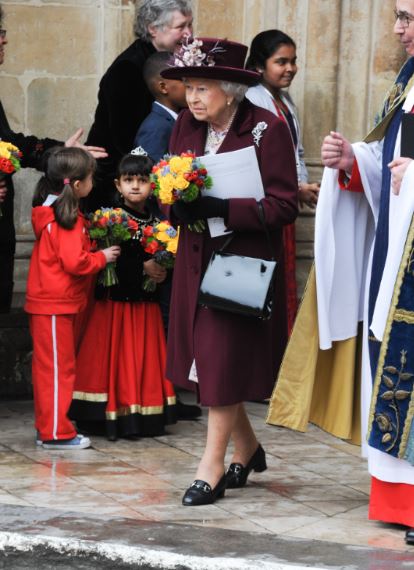 The Queen has given her official consent to the wedding (Credit: Terry Scott / Flynet - SplashNews)

The Queen officially gave consent to the marriage during a meeting of the Privy Council in March.

A letter released by the Privy Council at the time read: "Her Majesty in Council was this day pleased to make the following declaration:

"My Lords, I declare my consent to a contract of matrimony between my most dearly beloved grandson, Prince Henry Charles Albert David of Wales and Rachel Meghan Markle, which consent I am causing to be signified under the Great Seal and to be entered into the books of the Privy Council." 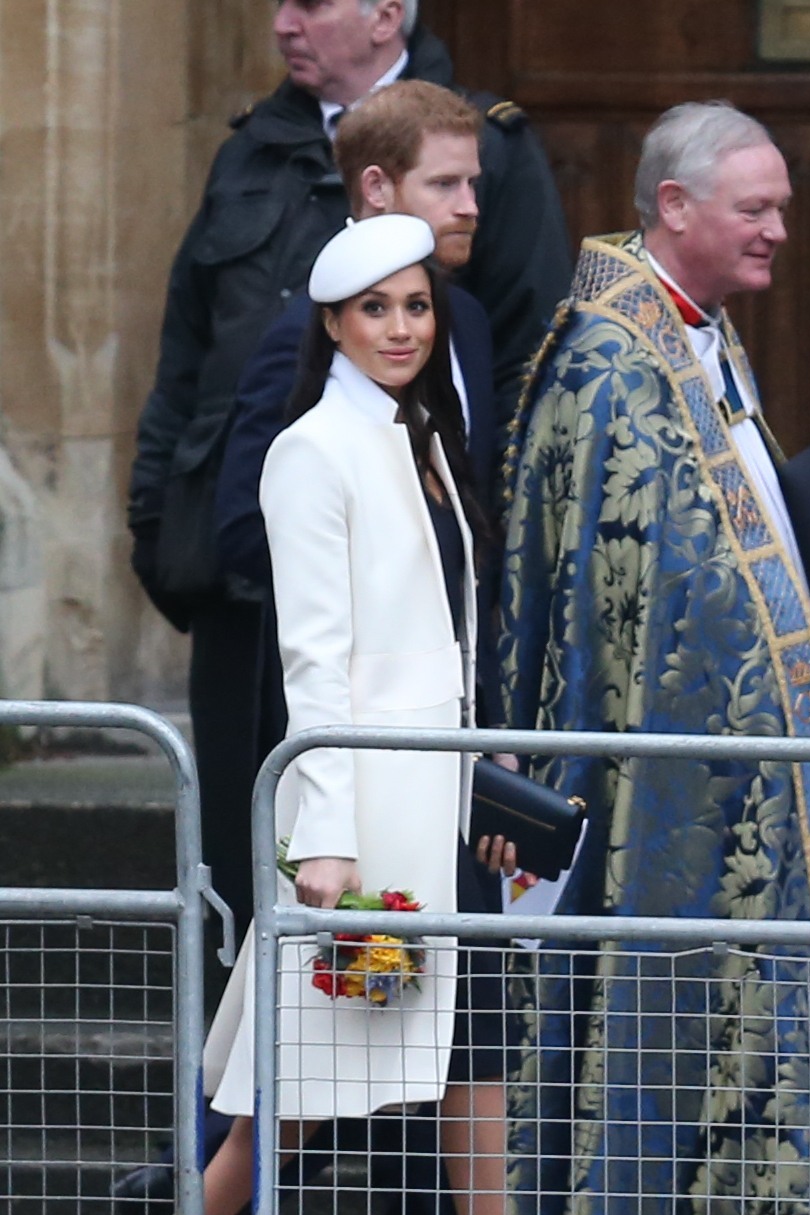 Meghan will become a senior royal when she marries Harry (Credit: Flynet - SplashNews)

Requiring the monarch's official consent to wed is an old royal protocol under The Royal Marriages Act 1772. It means the monarch must agree to the marriages of the first six people in the line of succession.

Of course, we already knew she had said 'yes' to the marriage, as a statement released by Buckingham Palace previously said The Queen and The Duke of Edinburgh were "delighted" for Harry and Meghan.

And she gave her permission for them to wed at St George's Chapel at Windsor Castle on Saturday, May 19.

Prince Harry, 33, proposed to former American actress Meghan, 36, in November, getting down on one knee at his home, Nottingham Cottage, at Kensington Palace.

He later told BBC News: "The fact that I fell in love with Meghan so incredibly quickly was confirmation to me that all the stars were aligned.

"This beautiful woman just tripped and fell into my life, I fell into her life. I know that she will be unbelievably good at the job part of it as well." 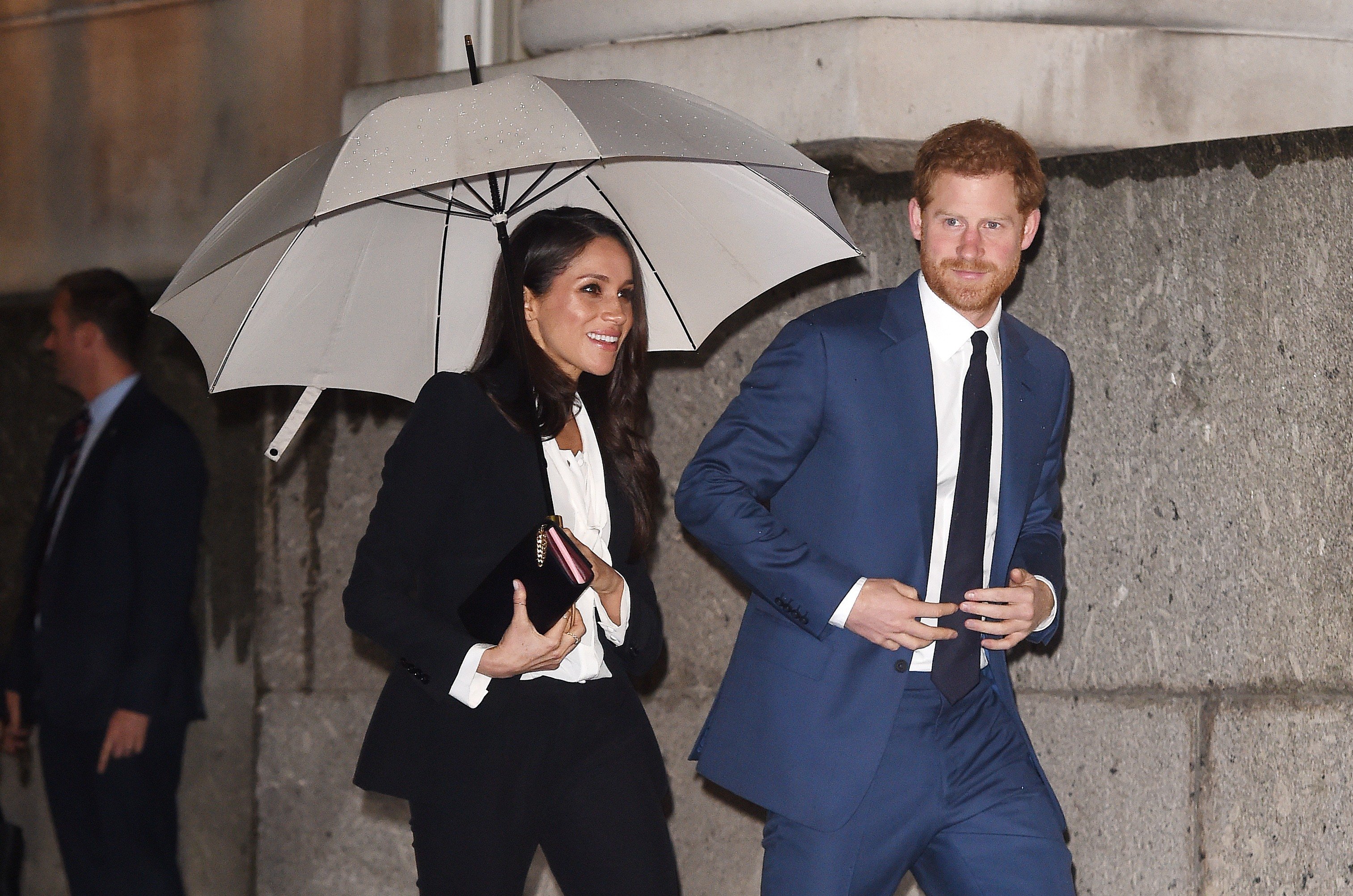 The couple have invited members of the public to be involved in their day (Credit: Fameflynet)

Harry and Meghan will exchange vows at St. George's Chapel at Windsor Castle on midday on Saturday, May 19, followed by a carriage procession through the streets of Windsor.

They will then return to Windsor Castle for a lunch reception, before Harry's dad Prince Charles throws an evening party for select guests.

Are you excited about Harry and Meghan's wedding? Leave us a comment on our Facebook page @EntertainmentDailyFix and let us know what you think!