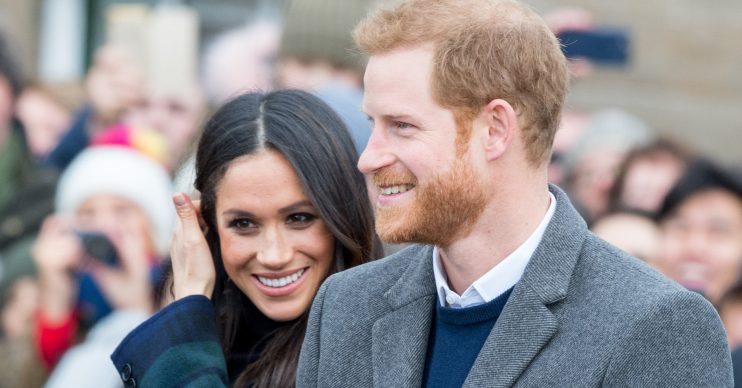 Other members of the royal family featured

The Duke and Duchess of Sussex‘s portrait appeared to be missing from the Queen’s Christmas speech table.

On Tuesday, a glimpse at Her Majesty’s speech was shared as she plans to reflect on the “bumpy” year in tomorrow’s broadcast.

In a photo shared to the royal family’s Twitter page, the Queen was seen sitting at a desk in the Green Drawing Room at Windsor Castle.

Merry Christmas!
This year The Queen’s Speech was filmed in the Green Drawing Room at Windsor Castle. It will be broadcast on Christmas Day at 3pm GMT.
This year marked the 75th Anniversary of D-Day & in the speech Her Majesty will reflect on the commemorations.
(1/3) pic.twitter.com/Mcw1k6LU5I

There was a portrait of Prince Charles and his wife, Duchess Camilla, which commemorated the 50th anniversary of his investiture as the Prince of Wales.

A group photo of Prince William with his wife Duchess Catherine and their three children, Princes George and Louis and Princess Charlotte, was also visible.

Meanwhile, a personal picture of the Queen’s husband, Prince Philip and one of the monarch’s late father, King George VI were also present.

Former Buckingham Palace press secretary, Dickie Arbiter told The Sun: “Their son Archie was born this year. You would have thought there might be a picture. It is a very clear omission.

“I am surprised but whether there is a clear message being sent out I don’t know.”

You would have thought there might be a picture.

In her speech, the Queen will speak about the life of Jesus and the importance of reconciliation, saying: “How small steps taken in faith and in hope can overcome long-held differences and deep-seated divisions to bring harmony and understanding”.

She will add: “The path, of course, is not always smooth, and may at times this year have felt quite bumpy, but small steps can make a world of difference.”

Meanwhile, on Tuesday, the Duke and Duchess of Sussex’s family Christmas card was revealed and their baby son Archie took centre stage.

The couple are seen sitting on the floor in front of a Christmas tree decorated with baubles.

Archie is seen staring at the cameras as Harry and Meghan laugh behind him.

The card reads: “Merry Christmas and a happy new year from our family to yours.”

The couple reportedly took Archie to Canada to spend Christmas as they enjoy a break from the limelight.