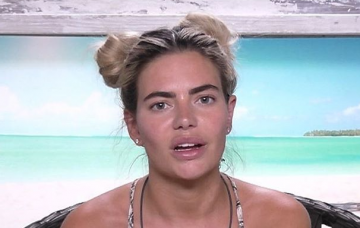 She’s not going to do these bits!

Personal appearances are surely their bread and butter now that Love Island is all done and dusted for another year – so why has Megan Barton-Hanson cancelled all her scheduled meet and greets?

The blonde beauty was due to meet fans at a Scottish nightclub tonight, but the venue, Lourenzos Dunfermline, posted on their Facebook page that she had pulled out for ‘personal reasons’.

Lourenzos sincerely apologise to anyone who was excited about meeting Megan on Saturday 4th August but unfortunately the situation is out with our control.

It’s thought that Meg  – who is dating Wes Nelson – had a host of personal appearances booked in the coming weeks, as the Island stars make the most of their new-found fame.

Tantalizingly, the venue told the Daily Star newspaper that they had their ‘own views and opinions on why she has decided to pull out’ but didn’t elaborate as to what they might be..

“We were chasing the booking for flight details and stuff for a few days after Love Island finished,” the nightclub insider told the paper.

“This is normally pretty straight forward but information was slow so as the PA was this weekend we became increasingly concerned.

“We then received information from her management via an agent that Megan has decided to cancel her PAs due to personal reasons and they cannot force her to do them.

“We have our own views and opinions on why she has decided to pull out of the PAs but also respect her decision.”

A quick stake out of Meg’s social media offered no clues as to why she might be going under the radar either – in fact, her last Insta post couldn’t have been happier or more optimistic.

Next to a super smiley snap of her and Wes, she wrote:

“The last four days have been such a whirlwind! Not only have I met the love of my life in the villa, but have made friends for life too.

It’s been amazing meeting Wes’ family they have welcomed me with open arms ☺️ I feel so blessed.
We can’t believe the amount of support we have received from everyone! It means so much. We couldn’t be happier for our future together in sunny Southend.”

Aww, just too loved up to leave the house maybe? Time will tell…

So tell us – would you go to a club to see a Love Islander do a personal appearance? Leave us a comment on our Facebook page @EntertainmentDailyFix and let us know what you think.