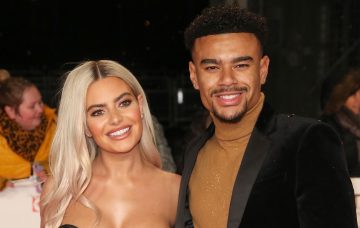 Megan is devastated by the break up

Megan Barton Hanson and Wes Nelson’s romance came to an end after they realised they were moving “too quickly”.

The former Love Island contestants split this month after getting together on the ITV2 reality show last year, and it’s now been claimed they called time on their relationship after it became apparent they were moving too quickly, with the pair moving in together after leaving the show.

A source said: “Their relationship moved too quickly – they couldn’t keep up with it. One minute they were on a show together and the next Wes is moving out of his family home to live in a London flat with her.”

The insider claims the four-year gap between Megan, 24, and Wes, 20, also didn’t help their romance, as well as Megan’s doubts about the long hours Wes has been spending in training for Dancing on Ice with his ice skating partner Vanessa Bauer, who split with her own boyfriend shortly before the pair made their first appearance on the show this month.

The source added to The Sun newspaper’s Bizarre TV column: “It all became very intense and what’s worse is that their sex life started to suffer.

“As soon as Wes started to train for Dancing on Ice he became too tired for anything in the evening.

Read More: DOI’s Wes Nelson ‘in a lot of pain’ after suffering injury during rehearsals

“There’s a four-year age difference between them too – that coupled with the threat of Vanessa and all the time her and Wes were spending together there was no hope.”

Meanwhile, Megan recently revealed she’s devastated about the break-up, but she is “determined” to have a “positive and happy” 2019.

Writing on her Instagram Stories, she said: “Hands down one of the worst days of my life.

“I can’t thank you enough for the support. It makes it all worth while (the endless trolling, negative stories, dealing with publicly breaking up, being papped having to force a smile when my whole world is crumbling).

“Feels like I can’t put a foot right BUT knowing I can help motivate/ inspire people even a TINY bit makes me want to continue on in the public eye.