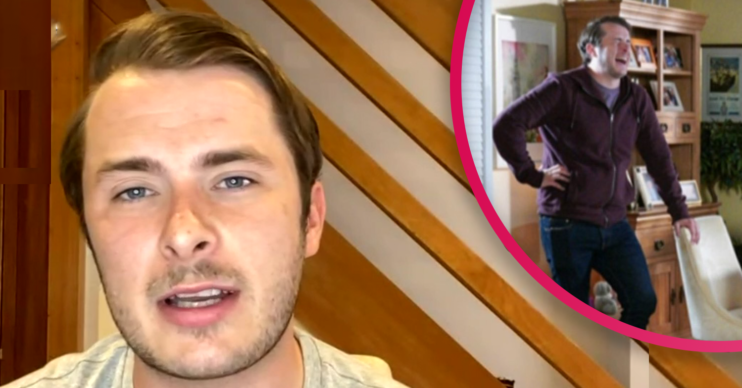 The BBC soap is sadly off air at the moment as bosses ran out of episodes due to lockdown restrictions.

But the Ben Mitchell actor confirmed he was back in the studio for the first time yesterday filming new Ballum scenes.

He returned to work alongside his good pal Tony Clay, who plays his on-screen boyfriend Callum Highway.

So EastEnders fans can expect plenty of Ballum scenes when the soap is back on our screens later this year.

“We were back yesterday,” Max told host Lorraine Kelly. “It was definitely daunting – I felt a bit rusty if anything but no it was lovely and I got to see Tony.

“The crew have done a phenomenal job in making everything safe. I felt safer there than I did going to the supermarket which I think is such a testament to the work that they put in. They’ve done brilliantly.”

Max then went on to tease what’s in store for Ben when EastEnders returns.

He added: “Ben’s not had an easy ride since the 35th anniversary, has he?

“So I think his head’s been all over the place and to encompass that with a three-month lock down, he is certainly going to be in a worse for wear state!”

During lockdown, Max has been studying a sign language course online.

It was recommended by his EastEnders co-star Rose Ayling-Ellis, who plays deaf character Frankie.

“Rose sent me when we first went into lockdown this online course of sign language to keep me going because Ben didn’t really want to,” he revealed.

Max went on to open up about his grandmother, who he took to the National Television Awards earlier this year.

The pair are super close and haven’t been finding social distancing easy.

“We speak every day and we probably have two rows a day,” Max joked.

“She’s getting very irritable because my nan is a socialite, she loves being out.

“I’ve been to the bottom of the drive and waved and virtual hugged – but it’s a hard time for everyone, isn’t it?

“You miss being able to cuddle your loved ones but it will go back to normal one day and I can’t wait.”