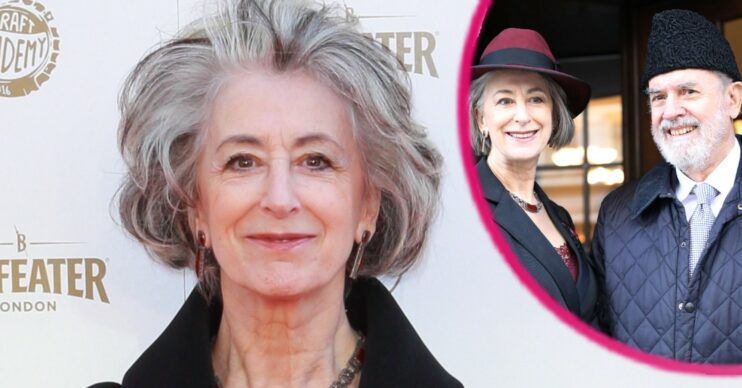 The Corrie star lost her long-term partner in January

Maureen Lipman has opened up on the heartbreaking final moments with her late partner, Guido Castro.

Guido, 84, also suffered from coronavirus before his death.

What did Maureen Lipman say?

Now, Maureen has shared their devastating final moments together.

Guido passed away in a care home with Maureen by his side.

She told The Mirror: “It is unbelievable to have to say goodbye to somebody with gloves and a pinafore on. It doesn’t bear thinking about.

It knocked the stuffing out of him

“He survived Covid in a care home. But he didn’t really survive.

“It knocked the stuffing out of him.”

However, the Celebrity Gogglebox star doesn’t blame the government for their rigorous restrictions at the time.

At the time, she announced that her partner had died aged 84 after a short Covid-related illness.

She told the Daily Mail: “He got Covid – it wasn’t Covid that killed him but it weakened him terribly.”

Maureen added: “We don’t know how he got it or when or if he had it when he got the vaccine.

“I said to Guido, ‘It’s time to go. You’ve got to let go.’ And I think for once in his life he actually did what I told him.”

Has Maureen previously been married?

Maureen and Guido were together for 13 years after meeting in 2008.

Meanwhile, the actress was also previously married to the late Jack Rosenthal.

The pair were together for 30 years, before he passed away from cancer in 2004.

Jack was a screenwriter and wrote 250 episodes of Coronation Street.

Speaking about losing her husband, Maureen told Prima: “I found it almost impossible to grieve because my nature is to make people laugh.

“And then, I’d feel terrible about the fact I didn’t look like I was grieving enough.”