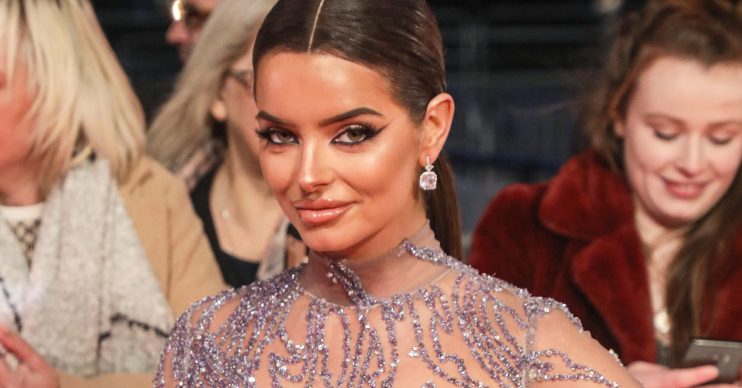 Fans thought she was back with ex Curtis Pritchard

Maura Higgins shared a cheeky snap of a faceless hunk wearing a pair of pink boxers sending fans into a frenzy thinking she was back with her Love Island ex Curtis Pritchard.

But seconds later on her Instagram story Maura revealed the half-naked man to be her mate, hair stylist Jay Birmingham.

Jay was having a rummage in Maura’s fridge with his face hidden before Maura posted full frontal footage of Jay pouring a glass of red wine.

Eagle-eyed fans took to Twitter to question who was in Maura’s flat before the big reveal took place, with one writing: “Wait are Maura and Curtis back on?”

They added: “I swear that’s him in her Insta story with his gold bracelet thing.”

Another asked: “Hold the [expletive] up! Is Maura back with Curtis?”

Happiest of birthdays to my handsome man @curtispritchard12 💜

However, others correctly guessed the man in question was Maura’s hair stylist mate Jay, with one writing: “Don’t worry I’m pretty sure it’s Jay in that story, similar bracelet.”

Curtis is currently touring the UK in a dance show with his brother AJ, while Maura is back at her Essex flat after a stint on Dancing On Ice.

At the weekend Maura hit back at rumours linking her and her Dancing On Ice partner Alexander Demetriou after it was claimed they had spent hours having a ‘secret rendezvous’ at her flat.

A source was said to have told The Sun on Sunday: “Alex’s marriage to Carlotta is all but over, after 11 years together. They are trying to put on a united front for now, but the writing is on the wall.”

“They haven’t been happy together in months, and Alex has been ­confiding in Maura about their personal problems, which hasn’t helped,” the unnamed insider is reported to have continued.

It came just days after Maura and Curtis announced their split, eight months after meeting on Love Island.

Maura took to Twitter to vent her frustrations at the rumours.

Her message continued: “Me and Alex are friends and Joe and I are friends! YES I have more male friends than female! GET OVER IT!!!”