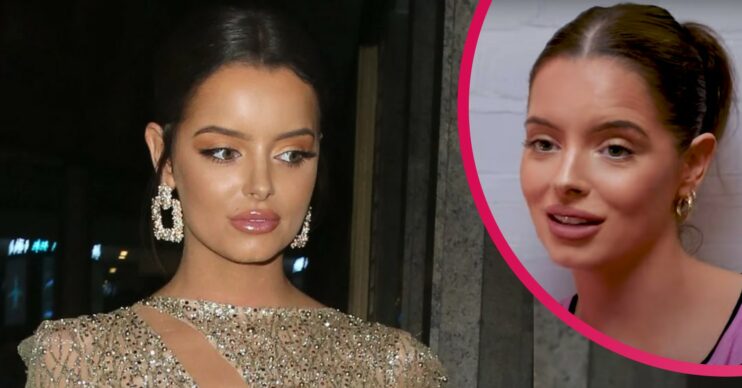 Maura Higgins rushed to hospital after slicing finger ‘to the bone’

Irish reality TV star Maura Higgins has taken a trip to hospital after cutting her finger.

The 31-year-old told Instagram fans on Monday (December 6) night she has ‘sliced it to the bone’.

What did Maura Higgins tell Instagram followers about her hospital visit?

She seemed frustrated with her injury, writing in a sarcastic tone: “Happy [blank]ing Monday!”

However, despite her pain, Maura wore a comfy outfit for her medical visit.

Her Insta story showed a view of a floor, with her legs crossed.

ED! has approached a representative for Maura for comment.

Before last night, Maura was most recently in the headlines due to her relationship with Giovanni Pernice.

It was reported a few weeks ago that the Strictly Come Dancing star was dating again after an apparent split from Maura.

A tabloid report claimed he had “fallen head over heels” with Made in Chelsea’s Verity Bowditch.

However, the Italian hunk claimed to his social media followers that the link was “news to him”.

Why did Maura Higgins and Giovanni Pernice split up?

It was reported in October that Giovanni and Maura ended it because he wasn’t ready to settle down.

Fans noted how both rapidly deleted pics of themselves as a couple from their Insta accounts.

Later tabloid claims suggested Giovanni was using dating apps before the end of his four-month romance with Maura.

Before that, it was reported Maura hoped they might reconcile once Strictly is over.

Giovanni and his celebrity partner Rose Ayling-Ellis are currently favourites with the bookies to win Strictly 2021.