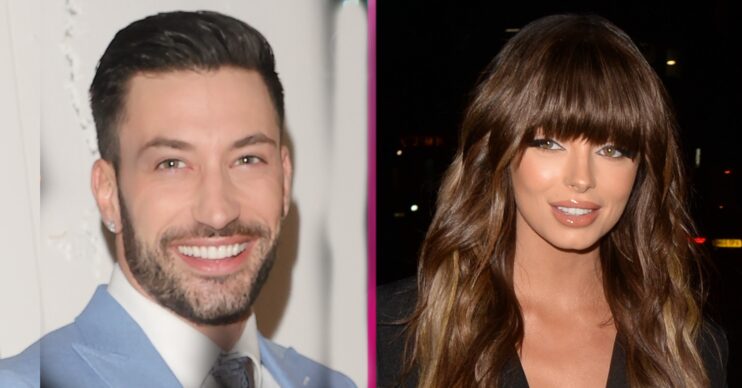 Maura Higgins is hoping to win back ex boyfriend Giovanni Pernice when Strictly ends this series.

Strictly Come Dancing pro Giovanni confirmed reports the couple had split on his Instagram on Monday.

Before moving on, it seems once of them might not be ready to call it a day.

So what happened between Maura and Giovanni?

But they were first spotted together in June, watching a Euro 2020 match at Wembley together.

They were seen together again in July, partying together in Blackpool.

Over the following months the couple shared loved up photos of themselves to their Instagram pages.

Maura shared a stunning snap of them by the sea alongside the caption: “I’m yours” and fans rushed to comment their excitement.

They split up early in October amid reports Giovanni was ‘too busy’ with Strictly for a relationship.

Weeks later The Sun reported the Sicilian dancer had been using dating apps while they were together, which he denied.

Also, it was reported he ended things with her.

The couple then deleted all their romantic pictures and any trace of each other on their social media.

Maura was reported to be ‘devastated’ by the break-up.

Why did Maura and Giovanni really split?

The answer is unclear.

While Maura, 30, has kept tight-lipped about what went on, Giovanni, 31, broke his silence earlier this week.

“Great relationships with great people can come to a natural end.

“This has been the case for me recently.

“There was absolutely no wrong-doing and this should be the end of any speculation.”

Giovanni continued in his statement: “Whilst I respect and understand interest in my personal life, wouldn’t it be fantastic to instead use this space to raise awareness of subjects and issues which need the attention.

“My eyes have been opened to so many things during my career, but I am learning so much from this series of Strictly.

“The show has highlighted many important conversations for different communities and increased representation.

“These are the conversations which deserve the time, energy and recognition.

“We must concentrate on what’s important and how we can all make a difference in life.”

Is it likely they will reconcile?

OK! reported that Maura really wants to try to persuade Giovanni to give the romance another chance.

A source told the magazine Maura wants Giovanni back, before adding the feeling isn’t mutual.

“Even when Strictly is over, there’s no way back for them,” the source said.

“Giovanni won’t rekindle it. Secretly, Maura probably hopes that they could try. But Giovanni is done.”

The final episode of Strictly is on December 18.

Giovanni and EastEnders actress Rose Ayling-Ellis, who is deaf, made history last weekend by incorporating sign language into their routine.

Strictly is back on Saturday at 7.10pm.

What do you think of this story? Tell us over on our Facebook page @EntertainmentDailyFix