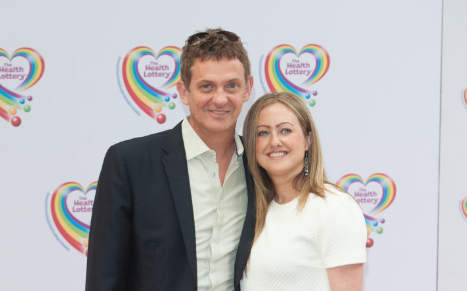 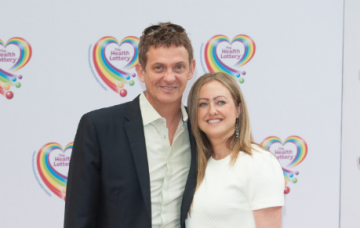 He became a dad for the first time in January

Matthew Wright shared the sweetest photo of his baby daughter Cassady ahead of her first Easter.

The TV presenter took to Twitter to share an adorable photo of the tot wearing a yellow chick cardigan as she beamed for the camera.

The little girl was led alongside an Easter bunny as proud dad Matthew captured the sweet moment.

Fans loved the sweet pic, with one person writing: “So beautiful!”

Another said: “Cuteness overload,” while a third commented: “How adorable!”

Matthew and his wife Amelia welcomed their baby girl in January after almost a decade of IVF.

Appearing on Lorraine in February, Matthew and Amelia showed off their little girl and opened up about becoming parents for the first time.

Gushing over her daughter, Amelia said: “To finally have her and hold her in my arms after all that time trying, it’s like a dream.

Matthew added: “We’ve just moved on from the tears of joy. I would come [home] and find Amelia holding her weeping tears of joy.”

Amelia said: “It’s just so emotional to finally have this baby and I don’t think anything can prepare you for how much you’re going to love your baby. It just hits you.”

Speaking about their daughter’s name, Matthew explained: “I’m the ‘namer’, Cassady is after Neal Cassady the muse of the beat writers of the 1950s… a character who made everyone feel good about themselves. That’s a nice sentiment.”

Amelia: “It’s the Irish spelling, my mother is Irish.”

The couple had Cassady after an eight-year struggle with IVF.

They also had to deal with devastating miscarriages throughout their IVF journey.