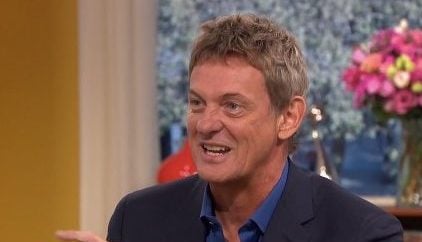 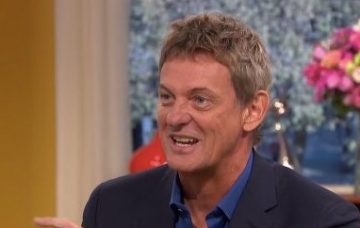 He's expecting a baby girl with his wife Amelia

Matthew Wright has said he was worried having a child would “screw up” his happiness with wife Amelia.

Last month, the presenter, 53, announced the joyous news that he and Amelia are expecting their first child, a baby girl, after eight years of IVF treatment and six heartbreaking miscarriages.

However, in a new candid interview, dad-to-be Matthew has revealed his fears of becoming a dad for the first time.

Matthew told The Daily Star: “I don’t want to go into too much detail but I never really found what made me happy until my mid-to late 30s.

“Therapy helped me figure it out. I had to come to terms with some very heavy things.”

He added: “Then I met Amelia and everything was fantastic. Actually, one of the reasons I didn’t want children is I’d [expletive] finally found happiness. Why risk screwing it up?”

However, after discovering the couple were expecting their first child together, Matthew said his fears went away.

Matthew said that he and Amelia “keep pinching ourselves” because they can’t believe they’re finally having a baby.

The couple revealed last month that their baby was conceived during their seventh round of IVF.

Appearing on Lorraine at the time, Matthew and Amelia spoke about their difficult IVF struggle.

Matthew added: “The last time Amelia met you I was in the jungle and she was just talking then about struggling to have a child and then immediately after that was two very big miscarriages. That was very hard.”

Matthew admitted he used to never have an interest in being a parent until now and also revealed he and Amelia have gone to hospital “half a dozen times” during the pregnancy.

Can you relate to Matthew and Amelia’s comments? Leave us a comment on our Facebook page @EntertainmentDailyFix and let us know what you think!