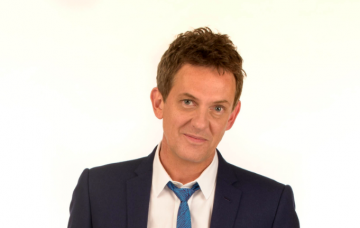 He's hosted the programme since 2000

Matthew Wright has quit his role as host of long-running show The Wright Stuff.

Despite being named after the star, Channel 5 said the programme will continue with another presenter.

Matthew said it was time to try new projects.

The 52-year-old, who has presented the weekday show since its launch in September 2000, said: “After almost 18 glorious years on Channel 5 and with the show flying high in the ratings, I feel it’s time to depart and try my hand at something new.”

Channel 5 said it was too early to say what would happen to the name of the morning show.

Director of programmes Ben Frow said: “We would like to thank Matthew for his passion, hard work and enthusiasm over the last 18 years and for making the show what it is today.

“He will be sorely missed and we wish him all the very best for the future.”

A replacement host is yet to be announced.

But stand-ins for Matthew have included Richard Madeley and Anne Diamond.

The show recently moved to new studios, with Matthew commenting: “The show is 18 years old this year and due to our former building being sold to convert into luxury flats we’re now at ITN and the show has been overhauled.

“We’ve got a new set, new guests and we can now do live links to the US to interview people like Meghan Markle’s sister.”

Matthew hit the headlines several times during his time on The Wright Stuff.

The former journalist sparked controversy after hosting a TV debate entitled “Foxy Knoxy: Would Ya?”, discussing with panelists how Amanda Knox was “undeniably fit and loves wild sex”.

Who do you think should replace him on the show? Leave us a comment on our Facebook page @EntertainmentDailyFix and let us know what you think!