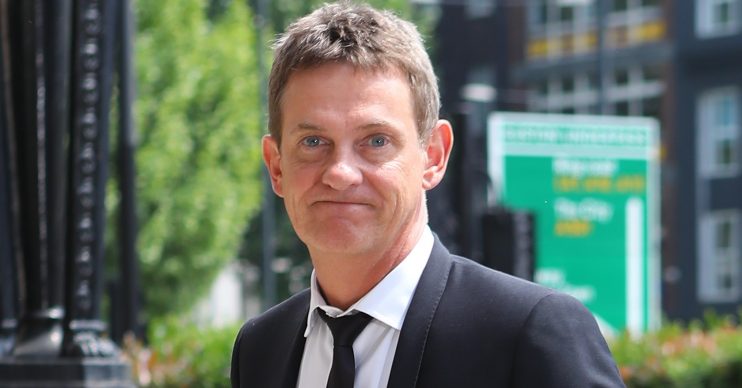 Presenter Matthew Wright has announced he’s leaving talkRADIO months after he denied he had been sacked.

The former Wright Stuff host shared the news on Twitter on Wednesday and revealed that he’ll be “out of talkRADIO at the end of March”.

A day earlier, Matthew had teased that his Arias nomination for best speech broadcaster would be “rewarded” by management.

He tweeted on Tuesday: “Been hearing some amazing rumours about how @talkRADIO management plans to reward my #arias nomination for best speech broadcaster – deets to follow as and when!”

The following day, Matthew added: “My reward is: I’m out of Talkradio at the end of March!”

My reward is: I’m out of Talkradio at the end of March! https://t.co/nEKVCFroQC

Fans were gutted by the news with one person replying: “Any other broadcaster will be very lucky to have you. One door closes, another opens. Onwards! Their loss.”

A third tweeted: “WHAT?! Noooooo you’re the only reason I listened!! Well they’ve lost a listener in me when you leave I’m so sorry this has happened to you. You’re such a nice guy. It’s their loss.”

My reward is: I’m out of Talkradio at the end of March!

On Wednesday evening, Matthew tweeted: “Can’t quite bring myself to read all your supportive messages right now as my head hurts. Heading home for a cuddle with the family but I’ll write back to y’all in time.”

Back in December, it was reported that Matthew had been sacked by talkRADIO.

At the time, a source told the Mail Online: “Matthew’s had his contract terminated with immediate effect after relations turned sour between him and several of the producers.

Can’t quite bring myself to read all your supportive messages right now as my head hurts. Heading home for a cuddle with the family but I’ll write back to y’all in time xx

“He received an email telling him not to come in as of today, with Kevin and Kait stepping in to fill his regular slot.”

A talkRADIO spokesman also confirmed to the publication: “Matthew has reached the end of his contract with TalkRadio and, as he leaves us, we wish him well for the future.”

However, Matthew denied the claims live on air and revealed his contract had been renewed.

He said: “I was presented with a new contract – I have not been fired, we are not going our separate ways at Christmas.

“I am here until the New Year and even beyond.”

Matthew has been hosting the weekday afternoon slot between 1pm and 4pm since 2018.

Ent Daily has contacted reps for Matthew for comment.