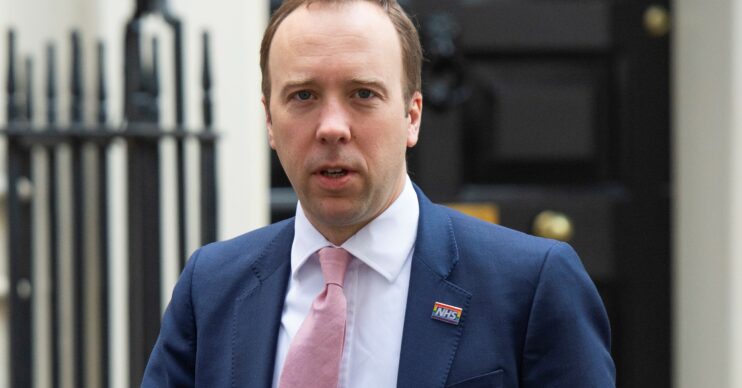 After getting his hat nicked on the tube, Matt Hancock has become a meme on TikTok.

In a video shared on the social media platform, the former Health Secretary was filmed in an encounter on the District Line.

He was approached by a group of women who thought he was a friend.

They were then stunned to realise it was actually the politician.

“Are you really Matt Hancock?” asks one of the women.

Another woman then takes off his hat and dances around with it on.

The group then surround Matt and say: “We’re loving Matt. We don’t want to get off!”

As their stop approaches, one of the women grabs the politician’s hat and runs off the train.

However, Matt takes it all in good faith, and says: “You go and enjoy yourselves!”

It marks one of just a handful of appearances Matt has made in public since his affair was exposed.

In June, it was revealed Matt had been cheating on Martha – his wife of 15 years – with his female advisor.

Matt and Gina Coladangelo were caught on CCTV while enjoying a passionate moment.

As a result, their rendezvous broke the strict social distancing rules he had been insisting the entire country adhere to.

Consequently, Matt stepped down from his position of Health Secretary.

He said in his resignation letter: “We have worked so hard as a country to fight the pandemic.

“I want to reiterate my apology for breaking the guidance and apologise to my family and loved ones for putting them through this.

“I also need [to] be with my children at this time.”

Last week, Matt was spotted on a family holiday in Cornwall, reportedly with his estranged wife.

According to The Sun, Martha was “staying nearby and sharing separate time with the kids”.