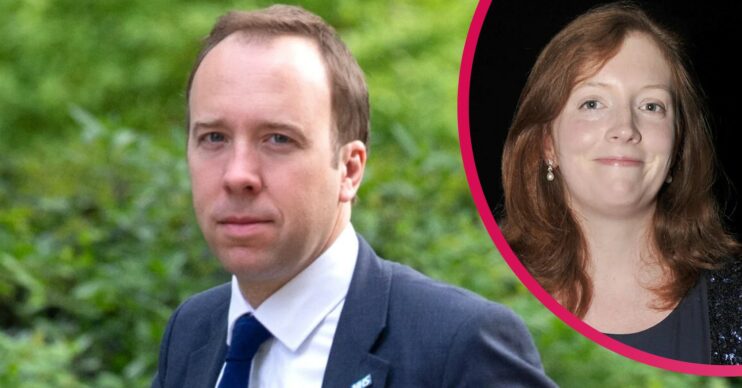 He's reportedly yet to apologise to wife Martha

Matt Hancock reportedly left his wife and family ‘crushed’, before escaping on a romantic getaway with Gina Coladangelo.

The former Health Secretary reigned from his role in June, after he was exposed kissing his aide.

Meanwhile, earlier this week, Matt and Gina were spotted in the Swiss Alps following the scandal.

Now, a friend of the politician has spoken out.

The insider told The Telegraph: “He is definitely not a gentleman. He keeps trying to suggest that all is fine when everyone has been left shattered by this.

Martha has been crushed by this

“He has been horrible to Martha and has not at any point apologised to her or the rest of the family for what he has done.”

Furthermore, they shared: “Martha has been crushed by this, and Matt is only interested in his career and his mistress.”

But while his family are picking up the pieces back home, Matt is currently away with Gina.

The pair are spending time in Villars-sur-Ollon in the Swiss Alps.

According to The Express, the two are staying in a budget £87-per-night lodge.

It’s believed Matt is also visiting the region for training ahead of the London Marathon.

What happened between the politician and his aide?

Matt caused uproar back in June when a video became leaked to The Sun newspaper.

He later resigned as England’s Health Secretary and left his family home.

Matt shares three children with his wife Martha, with the youngest being born in 2013.