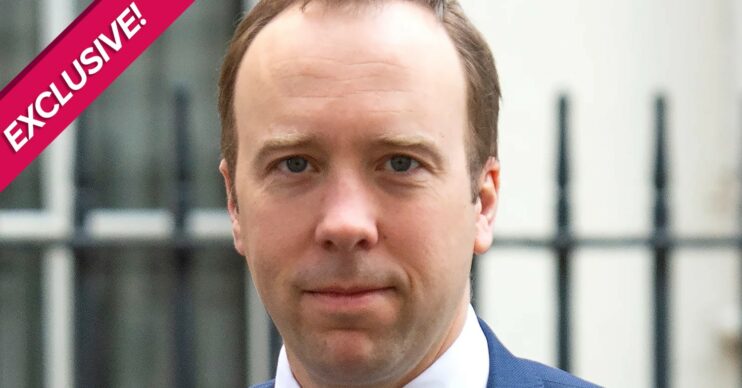 It could take them two years to process what's happened

Matt Hancock and Gina Coladangelo’s affair may impact his children for life, a parenting expert has revealed.

Divorce is always tough but the biggest effect can be on children stuck in the middle.

But what happens when one parent is plastered across every newspaper in Britain?

Here, Entertainment Daily sits down with parenting coach, Sue Atkins, as she opens up on the impact Hancock‘s actions could have.

How will Matt Hancock’s affair impact his children?

Hancock and his wife Martha have three children – two sons and one daughter.

While their names and ages are unconfirmed, reports claim their youngest is eight years old.

Following the scandal, reports alleged the former Health Secretary woke up his youngest child to reveal that he was leaving.

Read more: Matt Hancock memes: The Love Island crossovers have begun and they are all hilarious

But what does Sue make of Matt’s actions?

She said: “What not to do to a child is to wake them up and tell them you are leaving and divorcing their mother, plus it will be all over the newspapers tomorrow.

Meanwhile, Sue strongly believes Matt wasn’t thinking about his children at the time.

The expert went on: “I don’t believe Matt was thinking about the consequences. He was more worried about his career and it being plastered on every newspaper around the UK.

“People don’t tend to think clearly if they’re in shock and expected to react quickly.”

But could Matt have handled the situation differently?

Sue told us: “Yes. It’s important to take a step back and think of the consequences because children do suffer trauma and anxiety.

What should Matt and Martha do next?

“It can live with them for a very long time. It can also damage their relationships with men and women when they’re older.”

But while Martha may be reeling over her husband’s actions, Sue suggests for the pair to work through their issues together.

The expert advised: “When the dust has died down, they need to sit down together with someone like myself and talk about what’s best for the children.

“It’s what you call a major life change, and it can take up to 18 months to two years for everyone to process. It’s not an event, it’s a process and children always blame themselves.

It can also damage their relationships with men and women when they’re older.

“I always advise for parents to tell their children it’s not their fault.”

And there’s also the matter of constant media attention!

Sue concluded: “That picture of them snogging is bad enough for his wife, let alone the children. He needs to protect the children from as much of the grown-up stuff as possible.

“We may forget about it, but their lives will never be the same again – ever!”

Sue Atkin’s latest book, The Divorce Journal for Kids, is available to buy on her website.