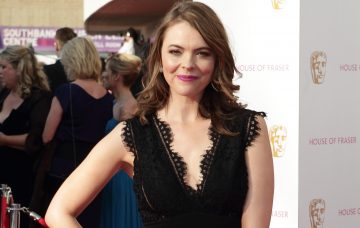 A romance could be blossoming

It’s been said that the 50-year-old singer has secretly been pursuing the actress with direct messages on Twitter.

Matt has apparently had a soft spot for the 42-year-old soap star for a while and has been ‘liking’ her Instagram pictures.

A source told The Sun: “Matt has made no secret that he’s an eligible bachelor and wants to find love again.

“He’s a fan of Corrie and has always had a bit of a soft spot for Kate so decided to slide into her direct messages on Twitter. They haven’t met up yet but there’s definitely a connection between them.”

The insider claimed that Kate – who plays Tracy Barlow on the cobbles – also reminds Matt of his ex, Melanie Sykes.

They added: “Matt is hoping he can persuade Kate to go on a date some time in the near future. He certainly has a type given just how similar she looks to his ex Mel.”

It’s believed the pair have exchanged messages online since Matt made the move.

Matt had a romance with presenter Mel in the nineties, which lasted five years.

He recently opened up about his hopes of finding The One and settling down.

During an interview with Hello! last year, Matt admitted: “I’d love to find that place and have a family and get married. That’s certainly something that will make everything complete for me.

Meanwhile, Kate is single following her divorce from producer Jon Connerty in 2013.

She has confessed that the idea of dating again scares her.

She told The Mirror in 2015: “The thought of going on a date makes me want to run for the hills and live in a tent for the rest of my life.”

ED! has contacted representatives for both Matt and Kate.

Do you think they would make a nice couple? Leave us a comment on our Facebook page @EntertainmentDailyFix and let us know!