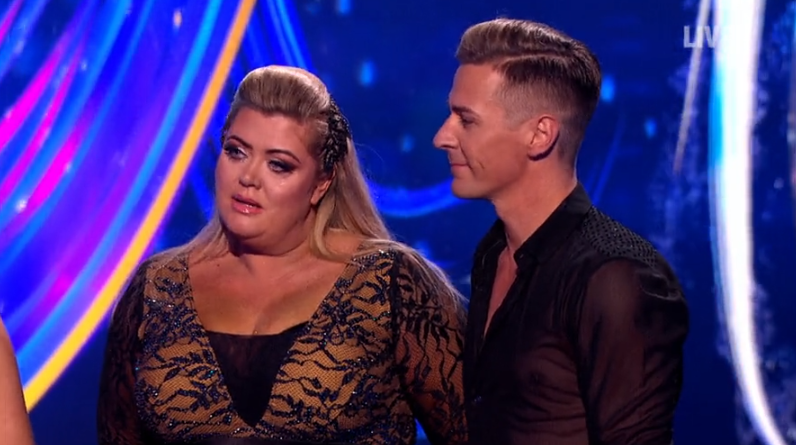 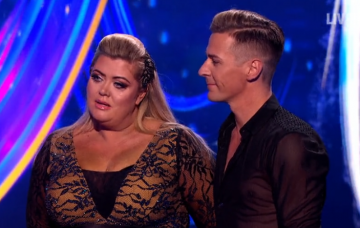 She is questioning her place on the show

Gemma Collins is said to be in ‘crisis talks’ with her Dancing On Ice partner Matt Evers about her place in the competition.

During Sunday night’s show, the 38-year-old star admitted she’s lost her confidence since her horror fall live on air the previous week.

According to The Sun, Gemma has reportedly told her pro skating partner Matt that she has developed a fear of the ice and is terrified to perform this week.

Read more: Brian McFadden ‘may have to pull out of DOI’ after back injury

It comes as she has been trying to learn ‘intermediate jumps’ with pro skaters and judges Jane Torvill and Christopher Dean.

Matt, 42, revealed to The Sun: “We had a heart to heart chat. We talked about what happened last Sunday, and at the end of the day she was absolutely terrified of skating after her fall the week before.

“Her knees were just black and blue. She needed a minute. We had a session with Torvill and Dean for the judges’ challenge and we did the spiral, which is an arabesque type move and then an intermediate level jump too. It’s really stepping up, it’s only week six and they are throwing in the jumps already.”

Gemma was left with bad bruising on her legs after she tumbled head-first and she admitted she was in “agony” for days afterwards.

Matt added that The Only Way Is Essex star is determined to get her “mojo back” but he says that she isn’t going to keep putting on such a big front.

He continued: “Going forward she’s going to be more honest with me. She has moments when she is down. She was fearful and that came across in some of the performance last week.”

Gem posted a video of her and Matt training on Instagram and declared that she is “not giving up yet”.

Rough cut off working on Sunday’s routine @themattevers @woo2kaz @thedanwhiston you really helped me build my confidence today and I can’t thank you enough ….very rough cut but I’m not giving up yet …. 🙏🏻🙏🏻🙏🏻🙏🏻🙏🏻🙏🏻 and the PUBLIC SUPPORT is OVERWHELMING beyond belief ❤️ THANKYOU ❤️ #lottolearn #notgivingup #practicemakesperfect @dancingonice

Read more: Louise Redknapp breaks silence on her relationship with Jamie after their divorce

In an attempt to get herself back on track, Gemma even hired a psychic to “cleanse” the ice rink today, in the hopes of expelling any negative energy.

Do you think Gemma will continue with the show? Leave us a comment on our Facebook page @EntertainmentDailyFix and let us know what you think.