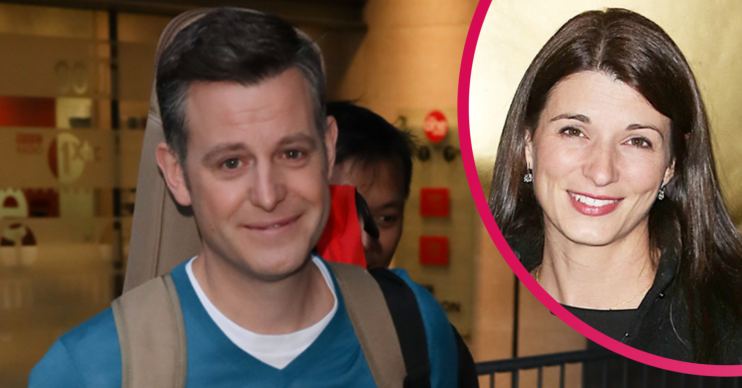 The Countryfile host is celebrating a very big day indeed.

Former The One Show host Matt Baker is celebrating 16 years married to his wife Nicola Mooney.

Matt, 42, and Nicola share two children together and first met back in 1997.

The BBC star took to social media to share a gushing tribute to ‘soulmate’ Nicola.

He wrote on Instagram: “Today’s our anniversary.. 16yrs ago I married my soul mate and love of my life its been 23 yrs of happiness since we said hello!”

The romantic caption is coupled with a montage of photos of the happy couple together.

Who is Matt Baker’s wife?

One includes a black and white snap of their wedding day and another of them dressed up at the races.

Ben Fogle wrote “Congratulations” and Gaby Roslin posted, “Happy Anniversary to you both my lovelies

Todays our anniversary.. 16yrs ago I married my soul mate and love of my life its been 23 yrs of happiness since we said hello!

Julia Bradbury praised: “Ahhh Happy Anniversary lovebirds. I took one of those photos. Can’t wait to catch up with The Bakers. Love to you both.”

Why did Matt Baker leave The One Show?

Matt stepped down The One Show this spring after nine years as a host.

He said he was retiring his hosting duties to spend more time with his wife and children.

Matt announced: “The One Show has been a massive part of my life for a decade now and I’ve loved every second of being a part of it, but I’m going to be leaving this green sofa in the Spring.

“It’s time to give someone else the opportunity to see how big-hearted and generous you, our One Show viewers really are.

“It’s something that I get to witness every year when you help to change the lives of so many vulnerable youngsters – the Rickshaw Challenge for Children In Need.

“All that support that you show us, you will never really understand how much that means to me.’

He finally added: “Most of all I’m looking forward to having dinner with my family and being able to put my kids to bed.”

Countryfile Matt Baker The One Show