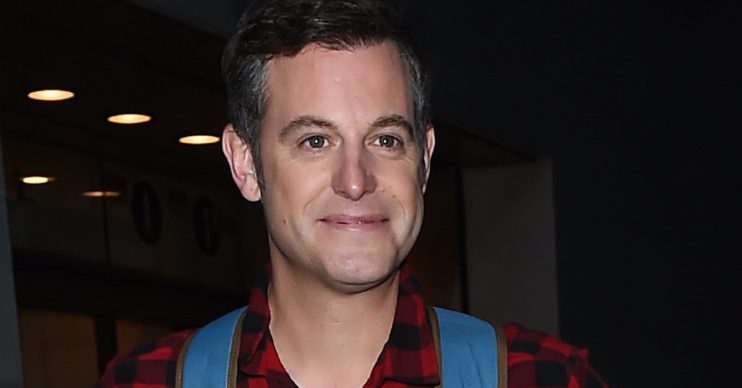 He had to apologise

Former The One Show host Matt Baker appeared to cause widespread chaos this afternoon by setting off everyone’s Alexa devices.

In the clip, Matt does a handstand for a full 26 seconds, during which he hardly wobbles or struggles at all with the difficult manoeuvre.

But to time it, he called out to his Amazon Alexa, which was positioned somewhere off screen.

“Two point six challenge,” he says, standing in his garden in a T-shirt and shorts. “Alexa, set a timer for 26 seconds.”

Many of his fans praised his skills, with one writing: “Far too easy for you! Needs to be on a tight rope.”

Another said: “Still got it, mate!”

But many others complained that Matt’s video had inadvertently set off their virtual assistant devices, which respond to hearing the word, ‘Alexa’.

“Who else’s Alexa went off and timed 26 seconds when watching this?” asked another.

A third commented: You set off my Alexa! But I can’t do a handstand for 26 seconds!”

Someone else said: “You just set my Alexa off and she didn’t have a clue what you were on about.”

“Was just watching you Matt and you set my Alexa off haha!” said a fifth.

Matt apologised in the comments, telling his followers: “Whoops, sorry all Alexa owners.”

Matt recently left The One Show after co-hosting the BBC programme for almost a decade.

The star fought back tears as he revealed his decision to step away from the show live on air last year.

His long-standing co-host, Alex Jones, 43, was emotional as she said goodbye to him during his last episode on Tuesday, March 31.

Read more: The One Show viewers blast ‘irresponsible’ segment for suggesting lockdown will ease ‘in a few weeks’

At the end of the show, which Matt presented from home, Alex told him: “Matt, we’re going to miss you so much, honestly.”

Matt replied: “We’ve had some good times haven’t we, Al? I’ve loved every single second of sitting alongside you, I really have.”

Since then, Matt’s presented the BBC’s charity show The Big Night In. He’s also tipped to do the next series of I’m A Celebrity.