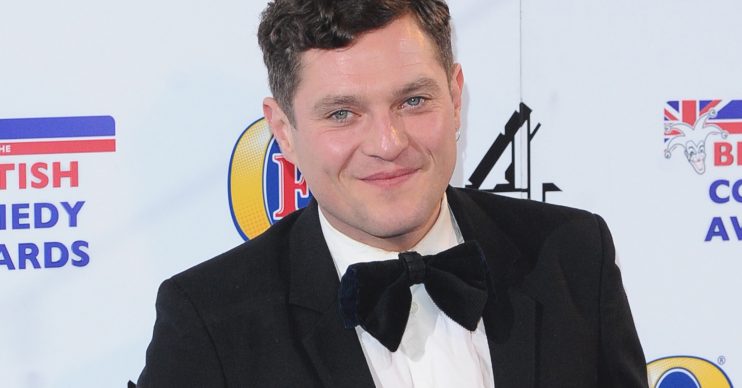 The much-anticipated return of Gavin And Stacey, which sees the cast of the Wales- and Essex-based comedy reunite, is due to air this Christmas Day on BBC One.

But there have been rumours of a feud between stars Mathew Horne, who plays Gavin Shipman, and Smithy actor James Corden.

Now Mathew, 41, has slammed those rumours, calling them a ‘lie’.

The Metro reports that the two were believed to have stopped speaking to one another after Mathew was absent from James’s episode of Piers Morgan’s Life Stories.

While cast and crew members left messages, Mathew’s absence sparked rumours of a feud between the two.

Setting the record straight, he was quoted as saying: “I didn’t go on that show because I was filming out of London, and they could only film my interview on one day, and I couldn’t do it.

“The other reason is that I dislike Piers Morgan and everything he stands for,” he continued. “With hindsight, perhaps I should have put my feelings about Morgan and ethics aside, and supported my friend to whom I am greatly indebted and love very much.

It’s a wonderfully cynical narrative to sell. But it’s a lie.

“It’s a wonderfully cynical narrative to sell. But it’s a lie. I can only be as transparent as that.”

Earlier in the week, Mathew and James’s Gavin And Stacey co-star Larry Lamb, who plays Gavin’s dad Mick, appeared on Loose Women and addressed how fame has changed James after his successful stint in the US.

Read more: Gavin and Stacey ‘will have TWO new characters for Christmas Special’

Calling the upcoming Christmas special the “best ever”, he said about James: “To be perfectly honest with you… he’s sort of very comfortable in himself.

“Certainly no side, nothing at all. No airs and graces.”

– The Gavin & Stacey Christmas Special airs Christmas Day at 8.30pm on BBC One