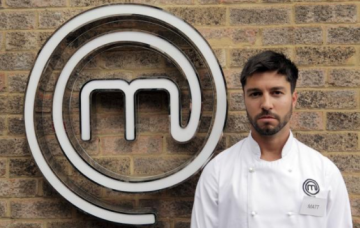 A Masterchef finalist has died after collapsing during yesterday’s London Marathon, it has been confirmed.

Matt Campbell, 29, collapsed at 22.5 miles. He received medical treatment on the scene from, but died later in hospital.

Matt was running this year’s marathon for The Brathay Trust and for his father Martin, who died 18 months ago.

The race was his second marathon this month – he completed the ASICS Greater Manchester Marathon on April 8.

He shared a picture of his race kit for that race on Facebook.

A statement from race organisers Virgin Money reads: “Matt was a well-known chef who featured in MasterChef: The Professionals last year, inspiring viewers with his Nutritional Gastronomy movement and forward-thinking ideas.

“He was running for The Brathay Trust and in memory of his father, Martin, who died in the summer of 2016.

“Matt’s family today paid tribute to their inspirational son and brother, who was a keen marathon runner and had earlier this month completed the Manchester Marathon in under 3 hours.

“Everyone involved in the organisation of the London Marathon would like to express our sincere condolences to Matt’s family and friends.”

Matt – a chef from Kendal, in the Lake District – reached the semi-finals of Masterchef: The Professionals last December.

If you would like to donate to Matt’s fundraising, visit https://www.justgiving.com/fundraising/mattcampbell-londonmarathon