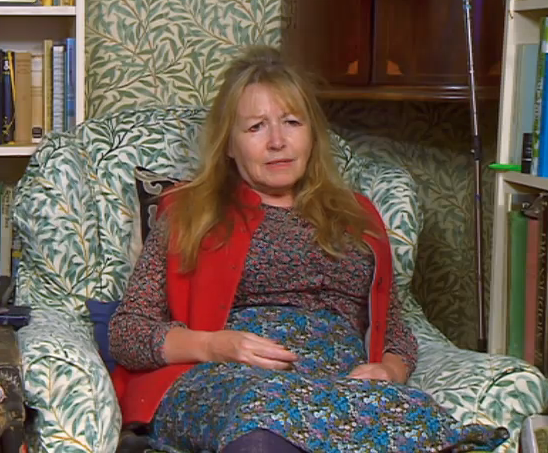 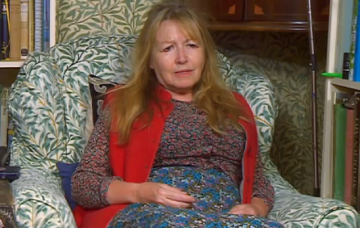 Gogglebox favourite Mary Killen has opened up about a horrendous brush with death that changed her forever.

Speaking to The Guardian, the eccentric but formidable writer said contracting Legionnaires’ disease nearly twenty years ago was the closest she has come to dying.

She explained: “I caught it from air conditioning in the Bahamas and developed something called Beau’s lines.

“They are white ridges across the fingernails which are a sign that your body’s shutting down for death.”

Mary – who like husband Giles Wood prefers not to reveal her age – admitted the bout of serious illness has had a lasting impact.

“It knocked the stuffing out of me,” she said.

“I’ve never been quite the same since.”

In the same interview, Giles insisted their lives had not been changed by TV fame.

“We fly under the radar,” said the artist.

And although the couple came in for a little more recognition after being parodied by French and Saunders, Giles reckons they’re hardly on the same celebrity level as the Beatles “pop group” because they don’t get mobbed by adoring fans.

He also said Mary tends to get recognised more often than him because of his choice of headwear – a red bobble hat.

The hilarious armchair critics aren’t unfriendly with admirers, though.

Giles added he is often motivated to smile for a selfie when feeling glum by a swift kick to the shins by his wife.

“There are lots of pictures of me out there, grinning like a baboon in a bobble hat,” he quipped.