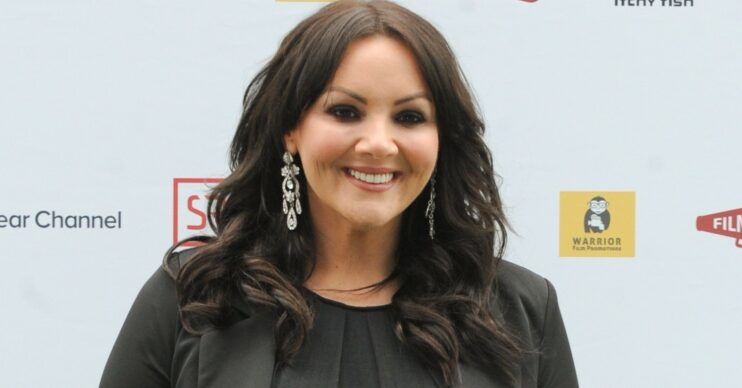 Martine McCutcheon supported by fans as she shares news about son: ‘I got a lump in my throat’

Martine McCutcheon received a lot of love from fans after she posted a heartfelt message about her son, Rafferty.

The former EastEnders actress, 45, shared a pic of the seven-year-old, who was on his way to a birthday party at the weekend.

Rafferty looked amazing dressed up as a pirate.

But Martine revealed his outfit had caused a bit of ’embarrassment’.

The Love Actually star posted a snap of her son wearing a blue bandana, stripy shirt and a gold belt with a sword tucked into it.

Martine explained that the dress code for the party was “glitz, disco, or normal”.

However, when Rafferty arrived, he was the only boy dressed up.

The actress captioned the pic: “A few of his friends asked why he was dressed like that as they were in their normal (but lovely) outfits.

Having shot to fame as Tiffany Mitchell on EastEnders, Martine went on to have a successful singing career as well as starring in Love Actually.

With creativity obviously in the family, the actress told her son to keep flying the flag of authenticity.

She wrote: “You have the rest of your life to fit in my darling / And only if you want to!

“Keep loving your outfits for as long as you can (like mummy) and never be embarrassed for expressing yourself or doing what you love.”

Martine’s positive post went down a storm with fans.

They flocked to the comments section in support of the actress’ message.

One wrote: “Very true dare to be different.”

Another said: “Such brilliant supportive patenting every child should hear this.”

A third posted: “Lead the way Rafferty! Clearly a leader and not a follower!”

Meanwhile, a fourth penned: “He looks fantastic and he will always be remembered for his coolness. Be who you want to be.”

We think Raff looks fab and can’t wait to see more of his stand-out style!