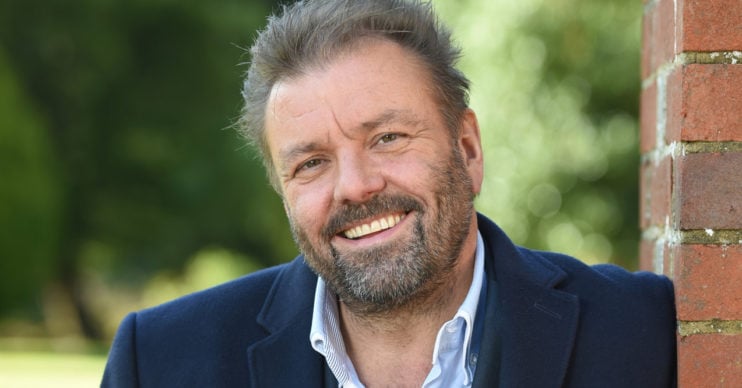 Mylo was 14 when he had to be put to sleep

Martin Roberts has been left ‘heartbroken’ after he revealed that his beloved dog Mylo has died.

TV favourite and former I’m A Celebrity star Martin, 57, shared the terribly sad news with fans on his Twitter feed.

Such an unbearably sad day. Mylo, my 14 year old Golden Retriever has recently suffered two strokes, and on the advice of the vet he’s just been put to sleep. If you’ve ever lost a pet you’ll know how I feel right now. Heartbroken 😔 Rest in peace my faithful friend. pic.twitter.com/O9e98nMj0y

What happened to Mylo?

Showing an adorable image of Mylo, Martin captioned the image with a heartfelt tribute.

“Such an unbearably sad day,” he began.

Read more: This Morning viewers heartbroken as woman tearfully reveals guilt over having her dog put down

“Mylo, my 14-year-old Golden Retriever has recently suffered two strokes, and on the advice of the vet he’s just been put to sleep.

“If you’ve ever lost a pet you’ll know how I feel right now. Heartbroken.

“Rest in peace my faithful friend.”

It wasn’t long before an army of followers and fans left messages of support for confirmed dog lover Martin, and shared their own stories of doggie heartbreak.

“Dear Martin, I’m so sorry. Mylo was a beautiful dog – on the inside too, clearly. I’m Patron of the Golden [Retriever] Club of GB, & I’ve been there so many times. It’s heartbreaking. It simply breaks you. I hope this may help just a teeny bit. X,” one said.

Another follower said: “Really sorry Martin. I have never cried like I did when our dog died when I was 15, and I had never seen my dad cry until then. It’s 25 years later and my parents still cannot face getting another pet (although they have done pet-sitting for my brother’s dog and my guinea pigs).”

Finally, a third wrote: “My heart goes out. Lost my almost 14-year-old Goldie recently. Words cannot ever express the feeling of loss but we have fantastic memories and so will you. Mylo, you’ll be running on clouds with Nugget dog now. Rip doggo.”

Martin and Mylo shared their lives together

Earlier this year, Martin shared a fun image of Mylo with followers on Instagram.

It showed Mylo with a Yorkshire pudding in his mouth.

Read more: Dr Scott Miller chokes up on This Morning as he reveals beloved dog has died

He said in the caption: “Tomorrow’s family challenge is to guess how long Mylo holds the Yorkshire pudding in his mouth before eating it.”