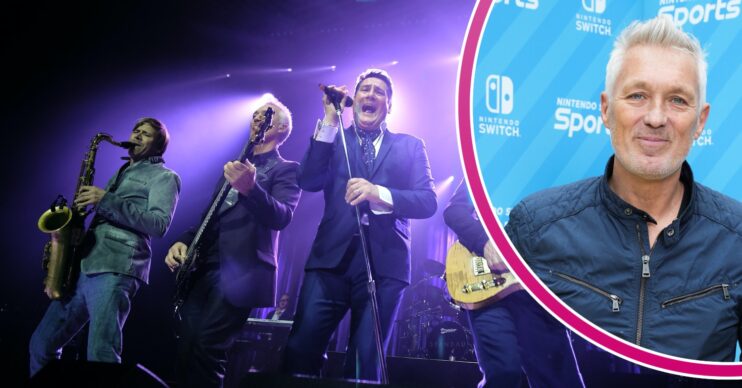 Not exactly Golden, it seems…

Fans of Spandau Ballet have come to the same conclusion after Martin Kemp took to Instagram to sing his band’s 1983 song Gold.

The actor and musician,  60, who played bass for the 1980s new wave band, shared a video of himself celebrating Arsenal’s win yesterday (August 5).

In the video, Martin can be heard saying: “Just got one thing to say,” before singing: “Zinchenko, always believe in your soul. You’ve got the power to know, you’re indestructible. Always believe in…”

Taking to the comments section, one fan joked: “No wonder Tony [Hadley] was lead vocalist!”

And another said: “Lol that woke me up from my hangover.”

“Don’t give up the day job,” said another.

However, many also gushed about how much they loved the video.

One user said: “You’ve still got it Martin and so has your beautiful wife Shirlie.”

And a third commented: “Great night singing a great song.”

Martin would love for Spandau Ballet to reunite

Back in 2020, Martin revealed that he’s still hoping for Spandau Ballet to have a reunion.

He told Smooth Radio: “I’m always up for it. It’s a really weird thing. Sometimes— it’s about ego a lot of the time. You know, it’s people getting over arguments.

“Because I’ve grown up acting, I think I’ve worked with a lot of people that I don’t quite get on with over the years. But you have to. So I think my look on it is different.”

Martin added: “But the way things are at the moment – Spandau, you know, we’re very volatile. We’re best friends when we’re together, and we’re not when we’re apart.