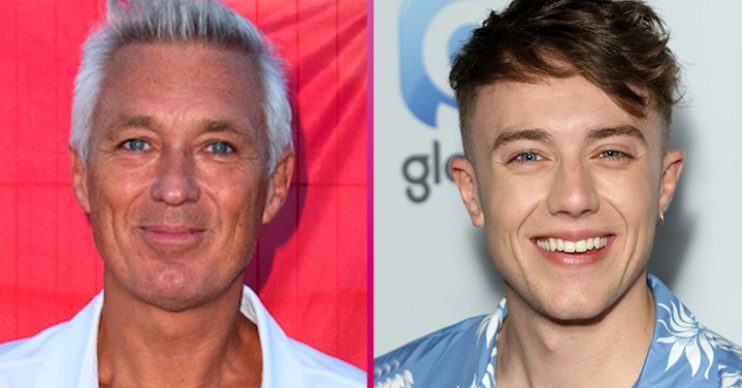 We have viewing decisions to make now!

The 58-year-old actor and his son Roman, 27, will co-host new the ITV show Sunday Best, an hour-long programme that will feature celebrity guests and live musical performances.

The new programme is being launched with the intention of rivalling Channel 4’s Sunday Brunch, which is hosted by former Soccer AM star Tim Lovejoy and chef Simon Rimmer.

Martin and Roman are eager to convince some of their showbiz pals to help them with the new show, which is being billed as as a “chilled-out, easy, family affair”.

A source told The Sun newspaper’s Bizarre TV Column: “Between them, Roman and Martin know a lot of music stars, young and old, so their show will be red hot. But it will be a chilled-out, easy, family affair.”

Martin and Roman both recently hinted at their new TV project for ITV.

Between them, Roman and Martin know a lot of music stars, young and old, so their show will be red hot.

Speaking earlier this month, Roman – who is a presenter on Capital FM and has previously appeared on I’m A Celebrity… Get Me Out of Here! – admitted that he and his dad were busily working on something “special”.

The radio star – whose mother is singer Shirlie Holliman – shared: “Dad and I are working on something special, we’re really excited.”

And Martin – who starred in the new wave band Spandau Ballet, before going on to play Steve Owen in ‘EastEnders’ – revealed he was looking forward to working with his son.

The singer-turned-actor – who also previously appeared as a judge on the BBC series ‘Let It Shine’ – admitted he relished spending time with Roman, saying they always have fun whenever they work together.

He said: “We have such a laugh when we work on something. We’re very lucky.”

Which show will you watch? Leave us a comment on our Facebook page @EntertainmentDailyFix and let us know.