The Geordie Shore star revealed that she has found the experience "tough" lately in a post on Instagram.

The 27-year-old, who is expecting her first child with boyfriend Casey Johnson, said she has been battling sickness and fatigue as she gets further into her pregnancy. 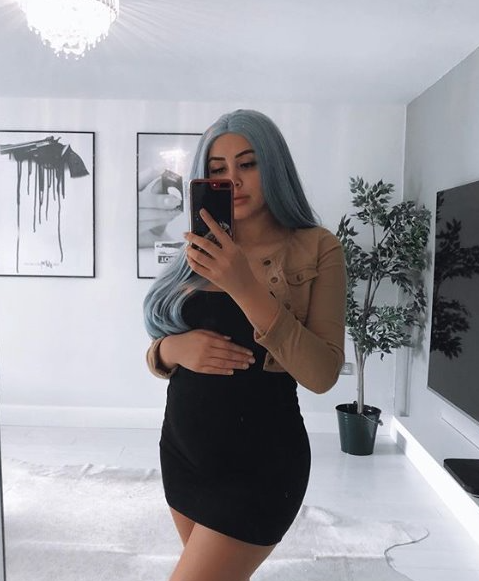 She's been sharing her experience with fans (Credit: @marns Instagram)

She wrote in an Instagram post: "Pregnancy has been so tough. The feeling of nausea and the tiredness has really taken it out of me."

Marnie revealed she's been living in tracksuits to feel comfier as her baby bump gets bigger.

She continued: "I’ve literally been living in this @gfnclothing tracksuit it's so comfy and just what I need now I'm getting bigger. Me and @caseycodyj love our matching ones."

Marnie cuddled up to her handsome beau in the snap, as they wore coordinating outfits.

The feeling of nausea and the tiredness has really taken it out of me.

Pregnancy has been so tough. The feeling of nausea and the tiredness has really taken it out of me. I’ve literally Been living in this @gfnclothing tracksuit it’s so comfy and just what I need now I’m getting bigger, Me and @caseycodyj love our matching ones 👫

The mum-to-be is now getting some respite in the sun on what seems to be her babymoon.

She is currently enjoying some downtime in Cyprus with her other half.

Marnie shared a snap from their luxurious location on the rooftop of swanky hotel, Napa View. 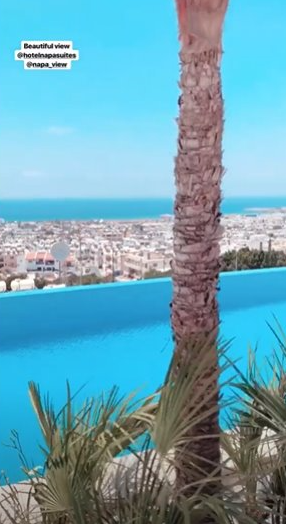 Marnie and Casey are on a babymoon (Credit: @marns Instagram)

Last month, the couple threw a lavish baby shower and gender reveal party for their family, friends and celebrity pals.

They revealed they are expecting a boy. Casey announced the news with a cannon of blue confetti at the bash. 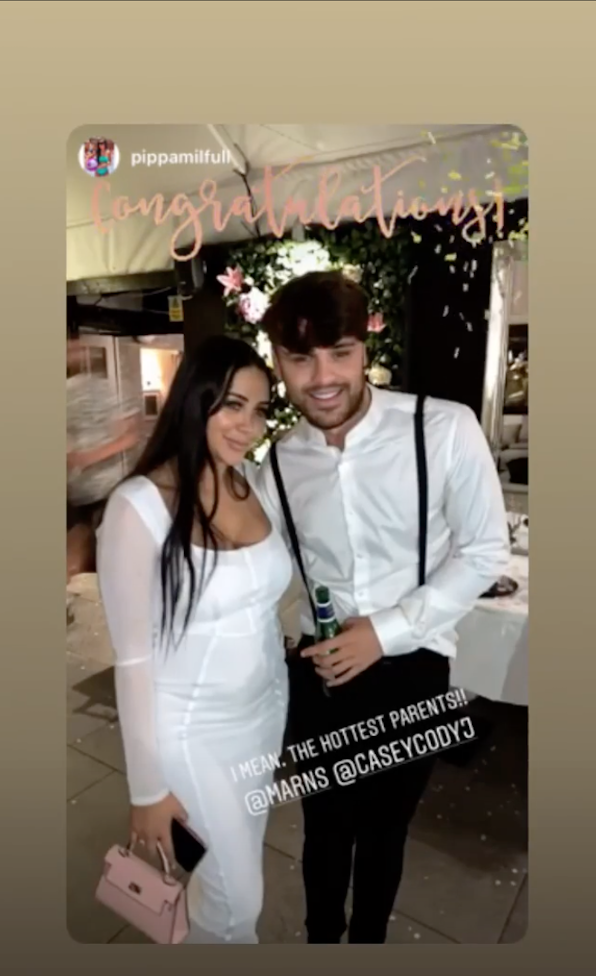 They had a luxurious party with pals (Credit: Instagram)

Marnie told OK! magazine: "I was genuinely so shocked. I just screamed and said: "Oh my God, it’s a boy! I didn’t think I would produce a boy.

"When I first found out I was pregnant I told my mum and Casey’s auntie and cousin that I wanted a boy, but after that I was so scared to say it out loud because I never get any luck."

The couple, who met in 2017 on the show Single AF, are expecting their little one in October.