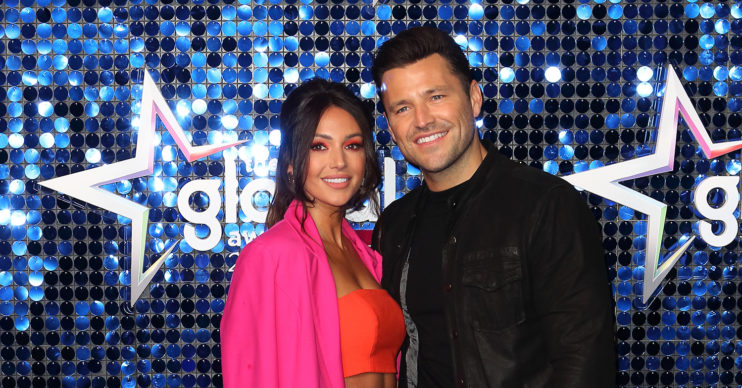 Michelle Keegan wants to name her child the same as one Robbie William's children.

Mark and Michelle, both 33, have yet to have children, but they have apparently already picked out future names.

However, Mark warned pop star Robbie Williams that one of Michelle’s favourite names is the same as one of his children’s.

Interviewing Robbie 46, he politely asked if the Take That singer would mind if they chose the name.

Speaking on Heart Radio, Mark said: “I’ve got something to ask you actually, in case this happens.

“Me and my wife, we’re not trying for kids yet, I’m gonna state that, however we hopefully one day will have kids and she loves both ‘Teddy’ and ‘Theodora’, right, and said – I mean she saw a picture I think of you and the family – and said ‘Oh I love that name so much’.

“I’m asking you, if it comes to it and she wants to call the kid Theodora or Teddy, are you gonna be alright with that?”

Thankfully, Robbie didn’t seem to mind at all.

In fact the dad of four said that he and his wife Ayda Field had actually been inspired by the name themselves by yet another celebrity.

Robbie explained: “Listen… it was Keith Richards has a daughter called Theodora and I remember back in the day, maybe 20 years ago, thinking what a beautiful name.

“So I stole it from Keith Richards so don’t you worry about that! Also, you can have the ‘Theodora’ but Teddy is Teddy and she will always be Teddy to me.

“Mum – Ayda – made me call her the long name just in case she wants to be a professional of some sort but she’s just Teddy, you know.”

Mark and Michelle married back in 2015.

The couple have repeatedly said that they will start a family in their own time – and are not in a rush.

Last year Michelle admitted that her own mum is pressuring them to have children.

On the Jonathan Ross Show she said everyone “always” asked her and Mark when they are having a kid.

She said: “Everyone always asks that question.

“Don’t get me wrong, I’m not getting any younger. My mum is on it as well. No plans yet, but we definitely do want children in the future.”