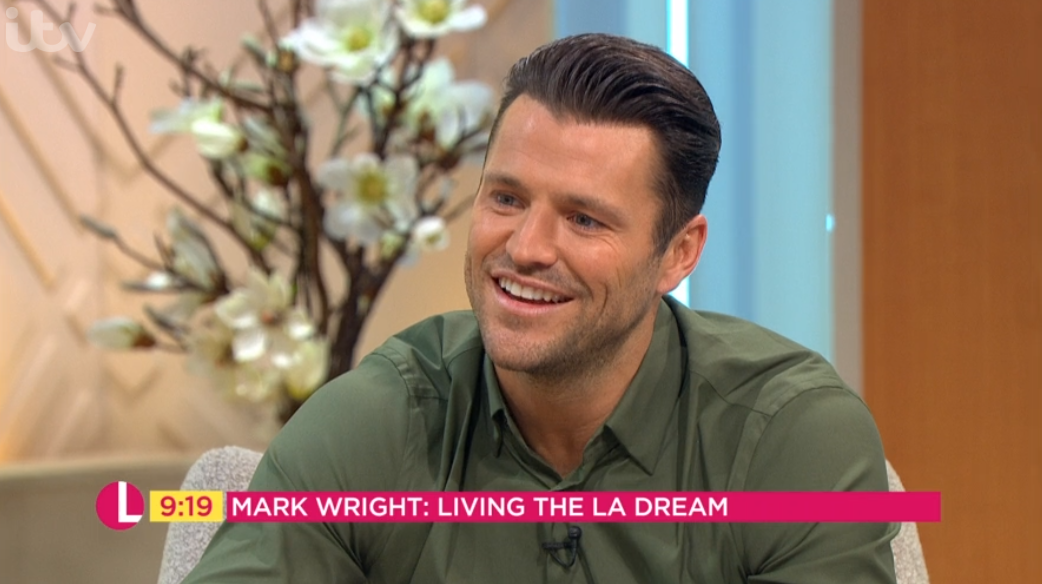 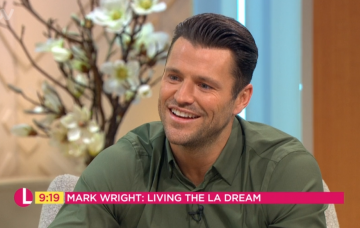 Mark Wright trying to get Michelle Keegan a job in Hollywood

Mark is living in America while Michelle is in the UK

Mark Wright has revealed he’s keen on getting his wife Michelle Keegan a gig in Hollywood.

The Extra presenter, 31, appeared on Wednesday’s Lorraine to discuss his upcoming projects and how he and Michelle are coping with having a long-distance relationship.

Host Lorraine Kelly told Mark that he should “use his connections” to help his wife get a job in Hollywood.

“[Michelle’s] such a talented girl,” Lorraine told Mark. “She would be amazing in Hollywood! You have to get your connections.”

Lorraine gushed: “When I saw her at the BAFTAs in that outfit, I just thought that had Oscar written all over it.”

“Then you’ll have to interview her,” Lorraine quipped, to which Mark joked: “I’m not sure!

Mark added: “We’ve spoken about that before, what would happen if I had to interview her, and it just wouldn’t work. We would just be having a chat!

During the chat, Mark opened up about how he and Michelle deal with their long-distance relationship.

The star said he tries to see Michelle every three weeks.

“People are told and taught that long-distance relationships can’t work,” Mark said. “But why can’t they? As long as you see each other enough, why can’t it work?

“It actually keeps it fresh and while we’re young and both conquering our dreams, we’re both still in love and happy so it’s perfect.”

But Mark admitted he does get “annoyed” when work commitments get in the way of his marriage.

The former TOWIE star admitted he was annoyed that he couldn’t join Michelle at the BAFTAs due to his job.

Gushing over his wife at the awards: “She looked amazing.

“I was proud but I was annoyed I couldn’t be there because I was working somewhere and I saw the picture [of Michelle]. I wish I was there.”

Can long-distance relationships work? Leave us a comment on our Facebook page @EntertainmentDailyFix and let us know what you think!