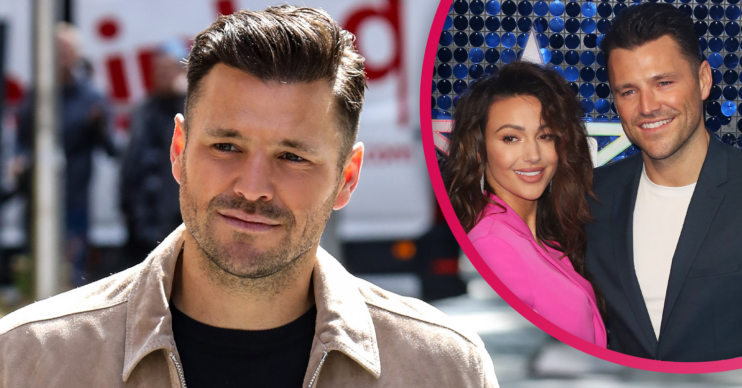 They've been together since 2012

Mark Wright has opened up about his “addiction” and revealed he will never put it before his wife Michelle Keegan.

The former TOWIE star got together with the actress in 2012, tying the knot three years later in 2015.

Now, speaking on the No Boundaries podcast, Mark has given a rare insight into their relationship, admitting: “We just make it work.”

What did Mark Wright say about his addiction?

Mark has admitted that he is “addicted” to work.

However, with that being said, he has also said that there are some things that will always come above it.

“Your heart is filled with certain things like a pie chart – family, love, money – if that’s it. Mine is work and drive. People love going to the fairground. I love to work,” said Mark, who is a DJ on Heart FM.

He added: “I do work hard, but I make sure I have downtime. I’ve got a wife I love spending time with. She works very hard herself, she’s a grafter.

When I say I’m addicted to work, I wouldn’t put it above my family and friends. No way.

“We make sure we put it into the diary certain times when we have downtime and are together.

“We just make it work. There’s no rules in life,” he concluded.

Mark also addressed concerns about his marriage during the podcast interview.

He said: “Another thing people say about my relationship – ‘they’re always working, they never see each other.’

“We’re taught by our parents and grandparents that you marry a person in your area, she stays at home and cooks and cleans and you go out to work a 9-5. My grandad, that’s how he lived his life.

“If I want to go away and work for two weeks, my wife supports that and vice versa,” he said.

Mark added: “I have enough quality time with my wife, my family, my friends, but I also work hard at the same time.”

He concluded with his vow to his wife, family and friends.

“When I say I’m addicted to work, I wouldn’t put it above my family and friends. No way. They come first.”

Mark and Michelle have just been enjoying some quality time together, in fact.

They have just returned from a sun-soaked break in America with pals.