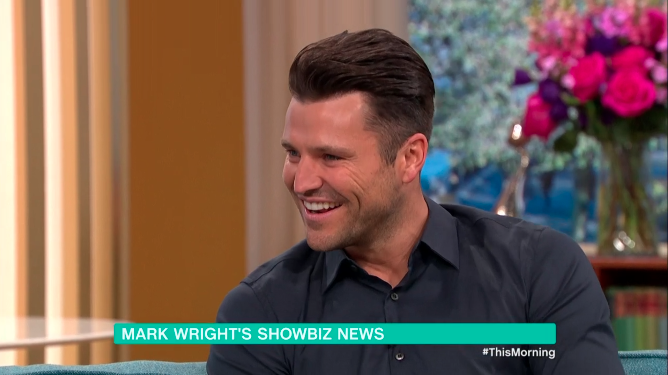 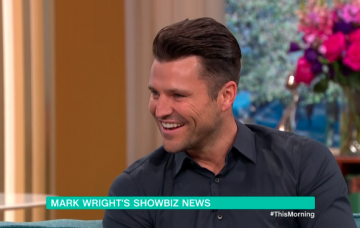 Mark Wright given warning as he announces This Morning hosting debut

Mark Wright has been jokingly warned NEVER to work with wife Michelle Keegan!

The ex TOWIE favourite, 31, was given a cheeky warning by both Eamonn Holmes and Ruth Langsford on Wednesday’s This Morning to keep his private and professional lives separate.

It came just before Mark announced he’ll make his This Morning hosting debut alongside Mollie King on Friday.

Ruth noticed Eamonn had disappeared off just before an ad break to have a chat with Mark, who was on Wednesday’s show to present the showbiz news.

She told viewers: “Well, I’ve lost my husband! I think he’s over there talking to Mark Wright, a bit of a bromance going on there!”

Eamonn called across the studio: “We were talking about football. He supports West Ham, I support Manchester United. And it got quite intense. We were also talking about working with your wife.” 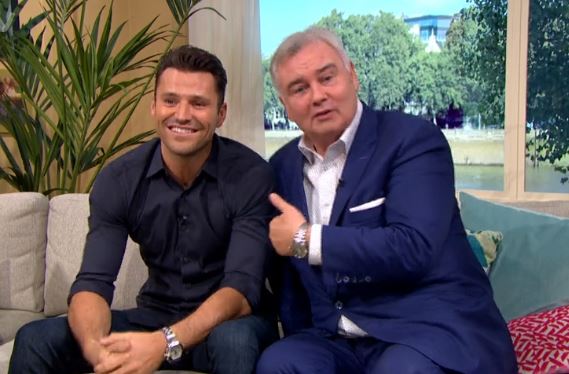 Ruth shouted out: “Don’t do it Mark!”

A laughing Mark said: “I haven’t yet and he was just telling me ‘don’t!”

Eamonn then said: “That mightn’t be a bad idea because Mark is on presenting the show on Friday and maybe you and he do an item or so together.”

But Mark had a better idea!

He told Eamonn: “Why don’t you and I do an item together? You look like my dad and uncle!”

Mark confirmed during his showbiz slot that he’ll host This Morning for the first time on Friday, joking to the pair: “I’ll have to get some tips later.”

But Ruth assured him: “You don’t need any tips from us.”

A number of guest hosts have popped up on This Morning this summer as regular Monday to Thursday hosts Phillip Schofield and Holly Willoughby enjoy some time off.

While Mark found fame on a reality show – ITVBe’s The Only Way Is Essex – he’s no stranger to hosting having made a name for himself in the US as a showbiz reporter.

It has meant, though, a long-distance marriage with wife Michelle Keegan, who is largely based in the UK when she’s not filming abroad.

Mark spoke on Wednesday’s This Morning about how he and Michelle split their time, saying: “I am there most of the time.

He also joked about Michelle recently being named Rear of the Year, laughing: “Worthy winner? Oh, for sure!”

Will you be watching Mark and Mollie on This Morning this Friday? Leave us a comment on our Facebook page @EntertainmentDailyFix and let us know what you think!