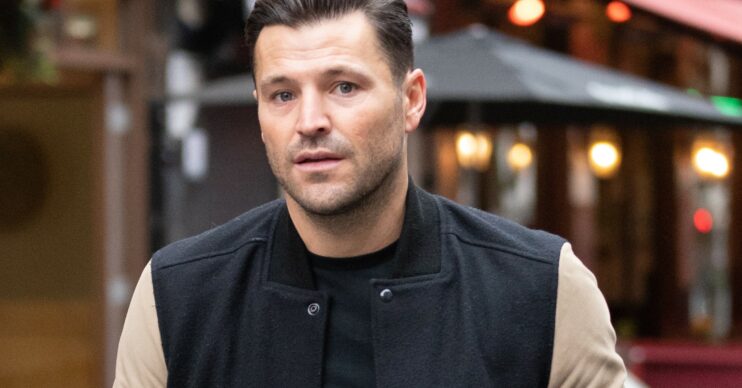 Controversial rapper has a conviction for a child sex crime

Mark Wright has apologised to Instagram fans following his decision to draw inspiration for his Halloween costume from rapper 6ix9ine.

Ex TOWIE cast member Mark claimed he was unaware the controversial US musician has criminal convictions.

The 34-year-old, married to actress Michelle Keegan, added he only knew 6ix9ine for his music.

Who did Mark Wright dress up as for Halloween?

He has released two studio albums and thirteen singles since 2017.

His only number one hit to date in the US charts was 2020’s Trollz, featuring Nicki Minaj.

However, 6ix9ine has also experienced several legal problems and was jailed for two years in December 2019. He plead guilty to racketeering and other offences relating to his time as a member of a gang.

6ix9ine was released from prison to serve the final months of his sentence in home confinement in April 2020.

However, it seems the backlash Mark experienced for his costume was due to 6ix9ine’s previous conviction for a child sex crime.

Why did Mark Wright experience a backlash to his 6ix9ine Halloween costume?

In 2015, 6ix9ine pleaded guilty to a felony count of use of a child in a sexual performance.

He was charged with three counts following after an incident in February 2015.

I only knew about Tekashi 6ix9ine’s music and not about his offences.

The incident involved him having physical contact with a 13-year-old girl, with material distributed online as part of a music video.

The rapper received four years probation as his sentence.

He has also previously admitted domestic violence against a former partner.

What did Mark Wright say in his apology?

In a post on his Instagram Stories earlier today (Sunday October 31), Mark wrote: “My apologies for last night’s Halloween picture.

“I only knew about Tekashi 6ix9ine’s music and not about his offences.

“Had I known, it would not have been my choice of costume.”

Pictures shared by Mark on social media showed him wearing a multi-coloured wig, jewellery and many tattoos. He tagged 6ix9ine in his upload.

ED has approached a representative for Mark for comment.