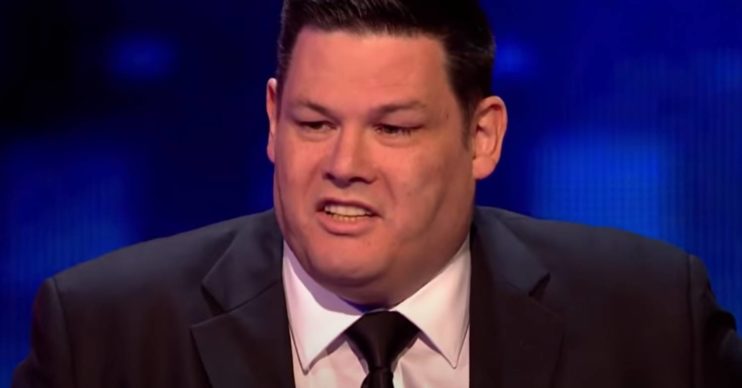 He had been warned about his weight earlier this year

Mark Labbett has lost weight after suffering with coronavirus.

The Chase star, 54, revealed he was hit by the killer virus in February.

He told The Sun he lost some initial weight after falling ill and has continued to drop the pounds since.

The diabetic star also said medics had warned him about his weight earlier this year.

The quiz giant weighed in at 27 stone then – and clocks in at 22 stone now.

Mark hopes he will continue to shed some timber to fall below 20 stone.

That would ensure his BMI level drops to below 30.

Mark told The Sun he was sent home from work for the first time in 15 years when he became unwell.

Read more: Katie Price DENIES being engaged as she cuts exes out of her life

He hailed ITV for taking no chances with his health.

Mark reflected: “Because the testing capacity was so limited then, I never formally got a test. But all I can say is that for two weeks I had complete loss of appetite, no sense of smell, a temperature, exhaustion and the worst fever of my life.”

He also detailed how he would shiver uncontrollably during the night to the extent he woke up because of it.

The ITV personality went on to explain how he “knew” he had to make a change after being cautioned by doctors last Christmas.

Mark continued: “I basically didn’t eat for two weeks but since then the weight has continued to drop off because I have continued to eat sensibly. I knew I had to.

“I am still losing weight and beginning to notice the difference in photos which, I can assure you, are not ­Photoshopped!”

He said during an appearance on Loose Women:

“I’m waiting for my next check-up and I’m hoping the figures are going to be better.”

Fans were stunned by a recent pic shared by Mark on Instagram in which it was clear he has slimmed down.

He captioned the image: “Gradually losing the waistline 🙂 #skinnybeast #doubletwoshirts.”

One follower congratulated him: “You look awesome!”

“Wow @markthebeastlabbett you look brilliant. Well done you,” commented another.